Zavvie, a real estate startup and iBuyer platform, announced Monday that it has teamed up with Midwest indie Sibcy Cline Realtors on a brokerage-branded tool that will compare various selling options for sellers.

The brokerage is calling the tool Sibcy Solutions, and according to a statement it will let sellers compare “an instant cash offer from an iBuyer, a modern bridge option” or to list their home on the open market. The statement goes on to say that listing on the open market typically fetches the highest price for a home, but that other options can give consumers “more control over their moving timeline.”

Though the tool is branded for Sibcy Cline, zavvie’s technology powers it.

“By bringing Sibcy Solutions to their local markets, they are once again delivering to their clients new and exciting ways to sell a home,” Hornung said.

Hornung co-founded zavvie in 2016. The company is known for its digital marketplace that it described in the statement as a “one-button digital experience for home sellers.” The company’s products include the Offer Optimizer, which provides consumers with information about offers they could receive from various iBuyers. Last fall, zavvie also launched a “Pro” platform that allowed agents to create individually branded versions of the company’s tools.

Zavvie said in Monday’s statement that more than 60,000 agents in 47 U.S. states use its technology today. The company has in the past produced brokerage-branded software as well, such as last year when it launched an end-to-end iBuyer platform with John L. Scott Real Estate. 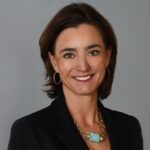 Sibcy Cline’s origins date back to the 1930s, and today it describes itself as “the largest independent real estate broker in Greater Cincinnati and Dayton, Ohio, Northern Kentucky, and Southeastern Indiana,” according to the statement. The company has more than 1,000 agents in 20 different offices.

In Monday’s statement about the partnership with zavvie, Sibcy Cline President Robin S. Sheakley praised her company’s agents and noted that homeowners “have an unprecedented opportunity today to find the best way to sell their home.”

Even If Homebuilders Wanted To Quit Lumber, They Foresee Big Hurdles

Buyers Could See More Affordable Homes In The Next 6 months