Some of the most successful agents practice what they preach by getting involved in real estate investing themselves — not just advising clients about how to do it.

During a panel at Inman Connect Las Vegas, “Putting Yourself on the Other Side of the Deal to Build Wealth,” speakers and moderator Amie Quirarte of Tahoe Luxury Properties shared four key ways that agents can also succeed as investors.

Don’t be afraid to fail

“I think a lot of the lessons we’ve learned, just as audience members … is you pretty much have to go through some failures to get to the success,” Quirarte said. “But it still feels a little bit taboo to some people.”

India Whitlock of the Madison Mason Home Group at Keller Williams agreed that failures are a necessary key to success as an investor, and that agents can ultimately grow from their mistakes.

“Failure is an option, but it isn’t everything,” Whitlock said.

Anthony Navarro of Harper Real Estate added that agents shouldn’t be intimidated if they don’t have any investing experience or knowledge, or a lot of money to begin with. “It’s more about wanting to do it,” he asserted.

Be thoughtful about location 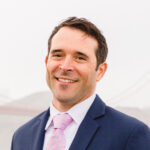 One of the first pieces of advice Navarro’s father gave him when he started investing was to stick to properties within 15 minutes of where he lived. In typical rebellious son fashion, however, Navarro didn’t listen to his dad’s advice, and had to be on high alert with his investment property a state away from where he lived.

“Unless you have someone on the ground you can trust, you don’t know what’s going to happen,” Navarro said.

If getting to the investment property is difficult because of distance, an investor will always have to rely on a property manager’s or other trusted individual’s word. With his first investment property, Navarro said, he never actually knew if there was a real problem, but ended up paying for repairs anyways.

“A lot of your success is going to depend on [trust],” Quirarte pointed out.

Whitlock said that for that very reason she only works with individuals within her circle. Even then, she says she doesn’t take those relationships for granted, and still checks up on her investments regularly.

Leverage your experience to become a better agent

“I believe being a real estate investor and owning a home is almost essential to being successful as a real estate agent,” Navarro said. Whenever Navarro works with a client, he can then draw on his own experiences, and make the relationship a more consultative one, instead of just driving a hard sale.

“It’s a value proposition I think,” Quirarte noted. “You add value through the sale and your knowledge.”

Whitlock added that being able to provide as many resources as possible for clients really helps drive an agent’s success.

“You need to be so resourceful that the people in your world don’t want to leave your world,” she said.

At the end of the day, the agent with the most resources available at their fingertips will be the one that stays top of mind, Whitlock said.

Building the right team is also a key component to finding success as an investor, the panel’s speakers and moderator agreed.

“When choosing partners, you definitely want to choose people that are like-minded, that you get along with,” Navarro said. “But also you want to bring in partners that have different skill sets.”

Navarro elaborated that an investing team entirely made up of real estate agents won’t be well-balanced, but instead, agents should seek out other related professionals, like an accountant or a contractor.

Real estate agents seeking to form an investment team should also think about individuals who can successfully fill different roles, Whitlock said, like project visionaries with big ideas, or project integrators who can help build connections with others.

In addition to that, Whitlock noted that it’s important, especially for cash-poor investors, to find a core group of trusted individuals with some solid funds to get started off the ground. But at the end of the day, it’s about being able to work well with partners.