“At the core, our industry is about relationships,” Sherry Chris, CEO of Realogy Expansion Brands, said at an Inman Connect session titled “New Take on Real Estate Relationships” on Wednesday.

Chris, along with speakers Gus Grizzard, broker/owner at ERA Grizzard in Central Florida, and Daryl Rogers, broker/owner at Better Homes and Gardens Real Estate Reliance in Northern California, discussed how the pandemic has made the brokers adjust how they conduct relationships with their agents and with their clients, while sharing highlights from an upcoming industry report, “Real Estate in the Time of COVID.”

In Grizzard’s central Florida market, he said they’ve seen a huge influx in demand from people out of state who have been drawn to Florida’s mild climate as a result of the pandemic. 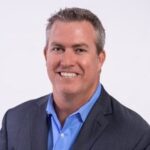 “Right now, we just have a lot of buyer demand from people exiting other communities and states up in the Northeast, also from Daryl’s area of the world,” Grizzard said. “But COVID is still a concern for a lot of people … and it’s communication that’s helping us navigate through this.”

“You are seeing a lot of people, as Gus said, they’re exiting the area because they can now work remotely, and why pay that high cost of living if you can move to a different area,” Rogers said.

But, Rogers noted that because of California’s high desirability and access to four seasons, there’s still not enough people migrating out of the state to free up the number of listings that are needed.

All three session participants noted that developing relationships — both at the broker to agent level and the agent to client level — is a valuable way to build trust and try to free up those new listings that are lacking across the country.

Grizzard said “focusing on the person, not the transaction,” has helped his company get through these uncertain times together. He said that creating “real, deep, meaningful connections” and focusing on “how they’re doing as a person, a human” first and foremost was key. After creating those strong connections, applying tools and resources to help agents is the next step. 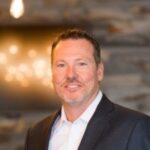 Although in-person interactions have significantly dwindled, Rogers said adopting Zoom for meetings has actually helped him to get to know more people across his brokerage’s different offices better.

“I didn’t get to engage with as many people in all 10 offices [before] because the only way to do that was in person,” Rogers said.

“I feel like I’ve gotten to know them a lot better within the last 10 months.”

Grizzard and Rogers agreed that being proactive about speaking with existing and potential clients about listing their home is key to generating more movement in the market.

“Now its about telling the story, making the connection with people, answering questions they might have … and making sure we’re uber consistent with that action,” he added.

Rogers noted that he’s trying to urge clients that now is the time to sell, even if they thought a move was something they wanted further off in the future.

“The first thing is … it is the time to go,” Rogers said. “If you were going to retire in three years, in California, you’d be better off selling today and then just renting for three years.”

But one of the challenges Rogers said he faces is that oftentimes clients won’t approach him or his agents until after they’ve already done the legwork of looking at houses and have largely made a decision. He said it’s the agent’s responsibility to approach clients before it gets to that point.

“We have to be that aggregator of all that data and all those options.”

Beyond identifying themselves as an “aggregator,” Grizzard added that agents need to define themselves as professionals and sources of knowledge.

“I think the key is making sure that you are informed, you are positioning yourself as that expert, that they cannot make a decision without consulting you,” Grizzard said.

“Make the conscious decision to be the hunter, not the skinner,” Grizzard added, emphasizing the need to be proactive instead of reactive in approaching clients.

“We should be reaching out now and find out what they’re thinking about,” Rogers said.

CoStar CEO At Connect: ‘The Residential Agent Is Zillow’s Competitor’