Realogy is made up of some of the historically most-recognizable brands in real estate, so sometimes it’s hard to remember the company, as it exists today, is really not that old.

Realogy was only spun from Cendant in August 2006, and at the time, it was the real estate franchisor behind Coldwell Banker, Century 21 Real Estate and Sotheby’s International Realty. Redfin, which is often lumped in with the industry’s disruptive up-and-comers, launched as a real estate brokerage the same year.

In 2020, Realogy is nearly unrecognizable from the company it was in 2006. The company is the largest holding company in the residential real estate industry, with company-owned brokerage and franchise operations. Much of that growth came under the two-decade tenure of Richard Smith, who was replaced by Ryan Schneider in 2017.

The past three years under Schneider have seen a number of ups and downs, including its stock price plunging under $2.50 per share in March.

The company, according to John Campbell, an analyst with Stevens, felt “somewhat un-investable because it was stuck in a ‘damned if you do, damned if you don’t’ predicament.”

“What I mean by that is that if they didn’t compete for talent, then they lost share and investors felt like they were staring at a proverbial melting ice cube,” Campbell told Inman. “On the flip side, if they did compete for the talent, it meant higher splits and margin compression.”

“And, in the backdrop of this dilemma, Realogy also had a balance sheet that both limited how the Company could pivot and generally left little room for error.”

But now, the company is trending better, and its share price is steadily climbing, due to both the positive housing market tailwinds of the COVID-19 pandemic, and investors finding comfort in the company’s leadership and business direction according to Campbell.

Realogy posted its biggest third quarter in company history in 2020, with $1.9 billion in revenue. That’s roughly nine times the revenue Redfin posted in the same quarter.

Can Realogy continue its hot streak in 2021? There are a number of challenges the company will face in the new year.

Is Realogy’s success just a product of the market?

In late March and early April, as businesses shuttered and state and local governments put strict regulations in place, nobody could have predicted the 2020 housing market would routinely blow 2019’s numbers out of the water. 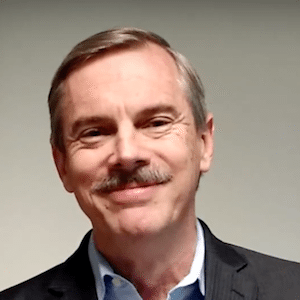 And the tailwinds of COVID-19 are, in part, what helped propel Realogy to a record-setting third quarter in revenue, along with market share gains and increased profitability. The question now is, how much of that success was a direct result of the pandemic?

Stefan Swanepoel, the executive director of T3 Sixty, told Inman that COVID-19 disparately impacted Realogy, but it helped the company more than it hurt it.

“As we explore in the chapter dedicated to Realogy in the 2021 Swanepoel Trends Report, Realogy is starting to see the operational results of an aggressive revitalization strategy that picked up in earnest when Ryan Schneider took over in January 2018,” Swanepoel told Inman.

“While better U.S. housing has clearly helped trigger a positive move in the stock, I do think that investors are beginning to find more comfort in the company’s new leadership and the direction the business is heading,” Campbell told Inman.

Does Realogy have a debt problem?

When Realogy went public in 2012, the company did so mostly to pay off debt. The specter of being an over-leveraged company has long-haunted Realogy, but that’s starting to finally change.

“I think that the combination of impressive cost controls with Realogy really getting its house in order over the last year and continued robust transactional volumes — Realogy’s debt/balance sheet should fall way down the pecking order of areas for concern with most investors,” Campbell told Inman. 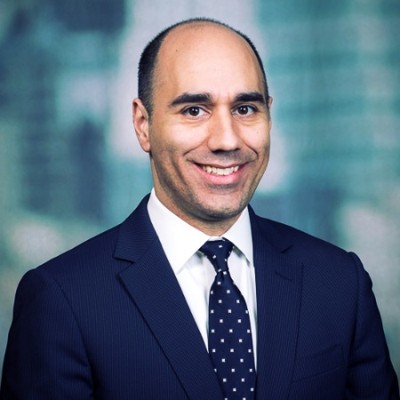 The company announced an upsized capital raise of $550 million to cover some outstanding senior notes that were due in 2021, which resolved some upcoming debt maturity. Still, it remains a leveraged company, according to Anthony Paolone, an executive director at JP Morgan.

“With the cost cuts management has been able to make and the housing market being as strong as it is, leverage is not as front and center in terms of being a threat to the equity,” Paolone said.

“That said, it remains a very leveraged company,” Paolone added. “It has enough liquidity to operate the business and invest in various initiatives, but making a large scale acquisition would be a challenge.”

Schneider was clear, in conversation with Inman, that debt is not holding Realogy back. The company tells every shareholder that its priority is investing in its business and debt does not stand in the way of that, Schneider said.

“Nothing stops us from investing in our business,” Schneider said. “We have never let [debt] and will not let that get in the way of investing in and for our agents and franchisees.”

The company, according to Schneider, has made real progress both refinancing its existing debt and has paid its revolving credit line down a zero balance for the first time since 2016, preceding Schneider’s tenure.

Can Realogy compete with the ‘tech-focused’ brokerages on technology and ancillary services?

Realogy doesn’t have the outward perception of a technology company, which in part, has led to an explosion in share price for some of its competitors like Redfin and eXp Realty.

The company’s lack of a “moat” — a business term coined by Warren Buffet meaning a company’s competitive advantage to prevent competitors from taking market share — is also a concern for investors, according to Paolone.

“I am very excited about what we’re doing both on an absolute basis and relative to others,” Schneider told Inman.

Schneider said the company delivered a massive quarter of growth — including the aforementioned market share gains — due in part to a huge amount of technology adoption and substantial growth in the mortgage and title sector.

Wall Street might not be examining Realogy under the same microscope as Redfin or eXp Realty and might not be giving it credit for its investment in technology and affiliated services. But Schneider said his company is actually far ahead of others in the mortgage and title sector.

Realogy invested in Notarize, a remote notary service in 2018 and launched a joint mortgage venture with Guaranteed Rate the same year, anchored in the company’s flash close product. Those two investments allowed Realogy’s clients to close virtually this year as the pandemic forced the suspension of in-person activities.

“Most folks talk about doing a lot in mortgage and title, but don’t,” Schneider said. “We are doing a huge amount and we really like our position heading forward both on an absolute basis and relative to the competition.”

“We have the scale as a company to really integrate title and mortgage nationally and generate a huge amount from that,” Schneider added.

But much of what’s fueling the boom in certain companies is the perception that they’re most focused on technology and technology is the differentiator. Zach Aarons, the co-founder and general partner of MetaProp, while discussing Compass as a tech company, told Inman that the delta between companies like Redfin and Realogy will grow smaller over time.

“We know the teams at all the big brokerage houses — they’re pretty sophisticated in terms of technology,” Aarons said. “It’s become exponentially easier to build this stuff and cheaper.”

Can Realogy continue to grow and make each brand’s unique value clear?

Steve Murray, the president of real estate consulting and publishing firm Real Trends, told Inman that the equity market is most interested in growth, not earnings. 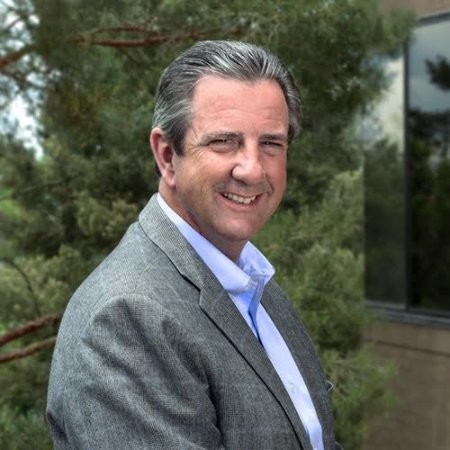 “But they just have not been able to grow in a meaningful way,” Murray added, while acknowledging that yes, Realogy did have a “blow-out” third quarter.

Part of that Realogy’s revitalization can be owed to a massive reorganization as to how the company is organized. Realogy has consolidated the leadership of its Coldwell Banker and Sotheby’s International Realty brands and launched an expansion brands portfolio to help grow Better Homes and Gardens Real Estate and ERA Real Estate.

Schneider explained that, part of the company’s reorganization has been to get consumers to really focus on the differences between the brands. The changes have allowed the company to dedicate a bigger team to the two expansion brands, devote more resources to Sotheby’s International Realty and franchise Corcoran.

Corcoran started franchising months before a global pandemic hit and has still grown massively through affiliating leading brokerages, even launching some franchises virtually.

Corcoran Global Living, its first franchise, was launched at the beginning of the year and has already grown to more than 1,500 agents, representing more than $6 billion in combined sales. That would have ranked the company near the top 20 of all brokerages in the country in sales volume in 2019, according to the Swanepoel Mega 1000.

“We’ve really liked the brand expansion we’ve been able to drive,” Schneider said. “That’s because we are focusing even more on it, with dedicated efforts to expansion brands, dedicated efforts for Corcoran franchising and our continued dedicated focus on our Sotheby’s International Realty brand.”

Do the agent and brokerage economics work?

The value proposition and appeal of Realogy’s brands have never really been in question. It’s the unit economics that have always been a point of focus for investors.

“I believe that Realogy’s brands have strong consumer awareness and fit quite well into the market; it has grown agent count, is franchising Corcoran, etc,” Paolone said. “Our issue over time has been the challenge brand owners have had keeping the economics for their own shareholders as opposed to more economics going to the agents.”

If you listen to any investor call following Realogy’s quarterly earnings, there will undoubtedly be questions about how competitive pressures from new players in the space have put upward pressure on commission splits, which means less money for Realogy, and more for its agents and brokers.

In the company’s third-quarter earnings call, it reported that commission splits increased 293 basis points year-over-year, but that was largely due in part to the massive transaction growth, which the company deemed a worthwhile trade-off.

“We always worry about every aspect of our [profit and loss statement] but we need to be here delivering value to agents to make them want to be part of one of our brands,” Schneider said. “We’re excited by the progress we’ve had on that.”

“We will be competitive in both recruiting and retention.”

The company has also instituted a number of cost-cutting measures, which has helped soften some of that upward pressure.

“You’ve got a new management team that has found the way to juggle higher splits and margin protection by way of some intense cost savings programs,” Campbell said.

Realogy has been tightly focused on becoming a more agile business throughout Schneider’s tenure and has realized a number of cost-savings. The company reported that it expected to deliver approximately $80 million in permanent savings in 2020.

“We are probably never going to stop getting more agile, but always so we can pour the benefits of that into what we deliver for agents, franchisees and customers. ” Schneider said.

One major cost-saving initiative — and a mechanism that the company tried to use to pay down debt — that failed to materialize was the sale of Cartus, the company’s relocation services arm. Despite the failed deal, Schneider confirmed that Realogy will continue to look at opportunities to sell certain parts of the business.

“We are very open to whatever is best for both our shareholders and to make our company more agile with our agents,” Schneider said.

How to Close a Credit Card

Get Ready For The Glitter: It’s Luxury Month At Inman

Don’t Let The Market Define You: 3 Ways To Reset Your Attitude

Making $67K? That’s No Longer Enough To Buy The Typical US Home

Is Your Home Office Tax Deductible?

Get Ready For The Glitter: It’s Luxury Month At Inman

What Is Regulation Z? – MoneyTips