A lawsuit filed in San Diego County details how the Greater San Diego Association of Realtors allegedly tried to get its 20,000 members to contribute to NAR’s political action committee.

A former staffer of a local California Realtor association has filed a lawsuit alleging the trade group used illegal means to “extort” agents to contribute to a political action fund.

Mercurio allegedly added the fee against the advice of his legal team.

The association’s members allegedly “responded with extreme anger and threats of litigation against GSDAR” because they couldn’t opt out of the fee and they had neither approved the fee nor had advance knowledge of it. Therefore, the fee was “discontinued” in the fourth quarter, but the association increased MLS dues to $164 instead.

Cowan alleges he told Mercurio and the association’s COO, Heather Pena, that he thought raising fees without notice was illegal. Mercurio and Ryan Masson, the association’s government affairs director, allegedly told Cowan that once the fees were collected and held for about two years, they could be “‘repurposed’ at their leisure, which was their plan.”

According to the complaint, the association’s members were also given the option to contribute $20 to a political action committee (PAC) in exchange for a $45 discount on their annual membership dues. The complaint describes the PAC’s purpose: “to promote the election of pro-realtor candidates across the United States.”

Although the complaint doesn’t specify, this is the exact wording that the National Association of Realtors uses to describe its political action committee, RPAC. On NAR’s behalf, local Realtor associations solicit voluntary, non-tax-deductible contributions for RPAC from their members along with their dues bill. 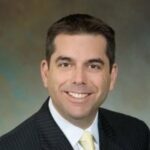 The complaint alleges that the incentive to contribute to the PAC couldn’t be more than the donation and that Mercurio told Cowan not to tell members that the PAC contribution was not tax-deductible.

According to the complaint, the San Diego association’s members “had become confused” as to how a PAC contribution could reduce their annual membership fee.

“Plaintiff was also aware that members felt compelled, obligated, and thus, extorted to contribute to PAC, as it cost more to essentially ‘opt out’ of this PAC fee,” the complaint says.

“Moreover, Realtor members did not wish to contribute for their own personal reasons, as well as on account of the fact that the PAC contributions are not tax deductible.”

RPAC is controversial in the real estate industry because it has historically donated to lawmakers who support real estate issues regardless of their stances on other issues. For instance, even after NAR pledged to pause all federal political donations after the January 6 Capitol attack, a report released in January found that NAR was the second biggest donor among trade groups to the campaigns of lawmakers who voted against certifying the 2020 election results, known as the Sedition Caucus.

Cowan’s complaint described a phone call he received from Mercurio, Pena and Masson on Dec. 3, 2021 in which Cowan explained that members were refusing to “contribute” to the PAC. 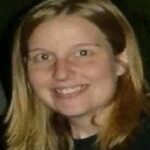 “Mercurio lashed out with the response, ‘It is not a contribution and it is tax deductible! It is a requirement!’” the complaint says. Mercurio then allegedly added, “If we don’t get these contributions, we will lose access to funding.”

Inman has reached out to NAR to ask if it gives local Realtor associations funding based on their RPAC contributions and if it condones the alleged ways in which GSDAR attempted to get members to contribute to RPAC. Inman has also reached out to the Greater San Diego Association of Realtors and to Cowan’s attorney, Kevin Boyle, for comment. We will update this story if and when we hear back.

The complaint details other alleged attempts by the association to illegally raise funds or boost its membership count, including keeping agents as members even after their licenses expire, entering false member data into national database systems in order to increase membership rates, giving subscribers at rival MLSs false information to encourage them to transfer their membership, and not responding to cancellation requests or requests to stop dues from being auto-paid, which lead the association to charge elderly, expired and/or deceased members.

“Further, GSDAR was providing unapproved rates as low as $1.00 for realtor memberships that were not honored, leading to monetary penalties and interruption of service to members for non-payment,” the complaint says.

Cowan allegedly ended up in the hospital in psychiatric distress after the Dec. 3 call and a doctor prescribed immediate time off. When Cowan returned to work on Dec. 13, Pena allegedly told Cowan, “Your last several interactions with management have been inappropriate” and he was fired. Cowan is now a program manager at the Southwest Riverside County Association of Realtors, according to his LinkedIn profile.