Before the pandemic struck, the idea of digital closings seemed like a nice time-saving luxury for the ultra-busy. For the average American, buying a house is the biggest decision and transaction they’re likely to make so a few stacks of paperwork in an office or over coffee was never seen as the biggest hassle. 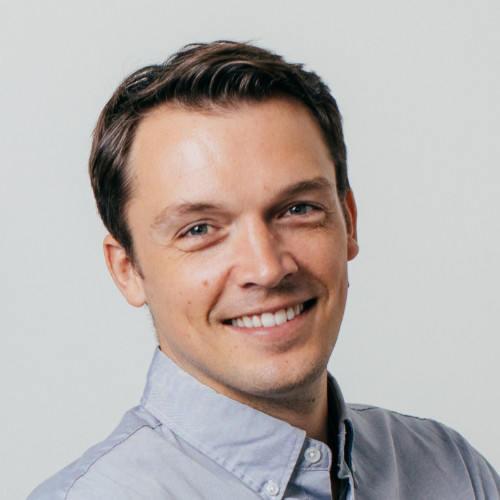 The pandemic changed everything. Real estate agents and brokerages were forced to get creative, with some doing drive-by closings. One thing that stood in the way, in many states, was regulations around remote online notarization (RON).

“The pandemic accelerated the understanding and awareness of RON,” Pat Kinsel, the CEO of Notarize, a digital notarization startup, told Inman.

Currently, 31 of 50 states have RON laws, Kinsel told Inman, with 29 of those laws allowing for permanent RON. Another 15 states have introduced laws to either make RON permanent or to amend existing state law and pave the way for RON, while a few others have yet to begin the process. Once a law is on the books, a state can start implementing regulations around RON.

Notarize has created a map, which it updates on a near weekly basis, on the status of RON in each individual state. 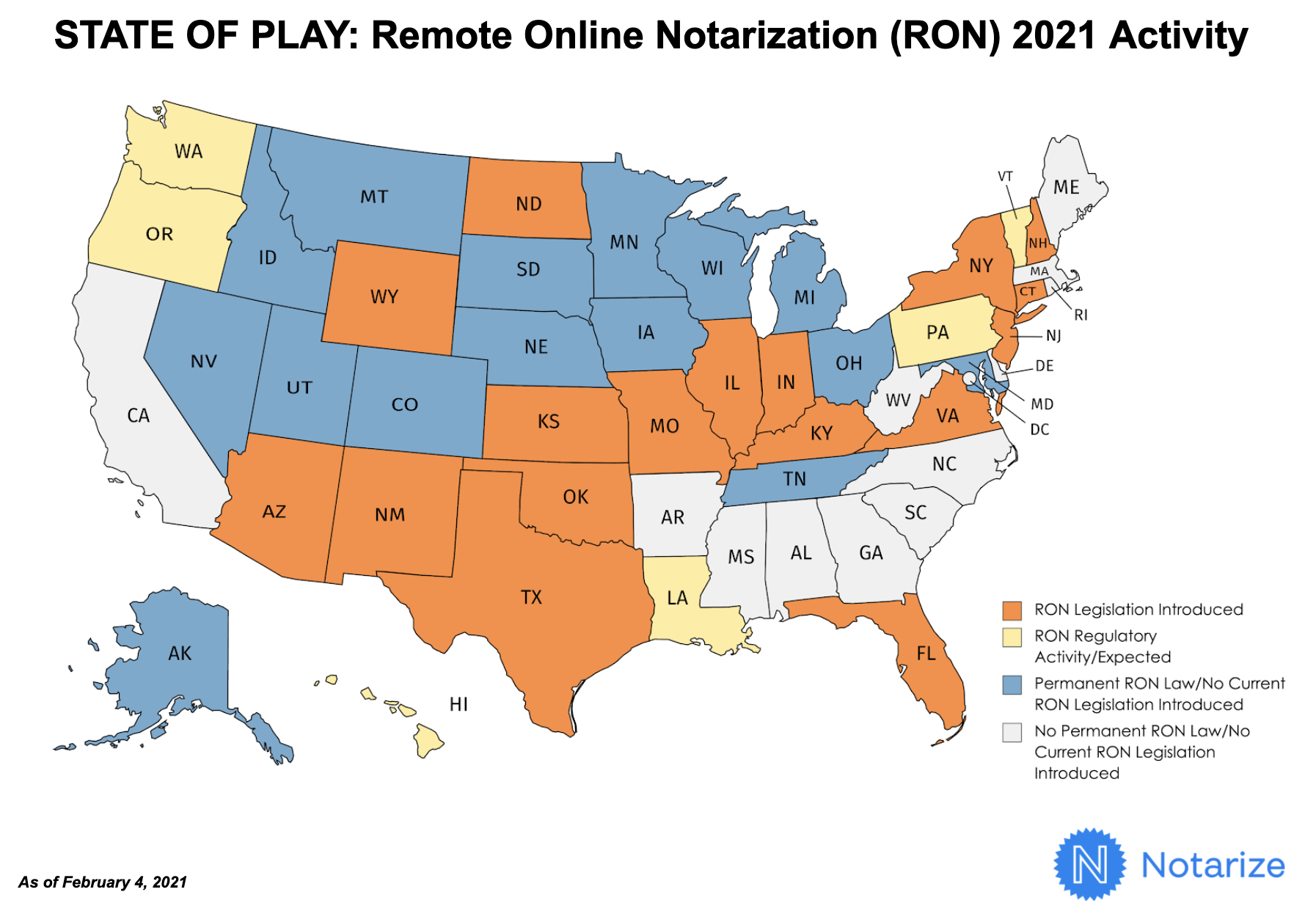 A weekly updated map created by Notarize that shows the rules and regulations around RON.

“Many of these states have held stakeholder discussions over the past couple of years, but what was once viewed as a convenience is now seen as a need for government, industry, notaries and individuals,” Kinsel said.

“There’s great legislative momentum so there are a few states not yet online, but they’ll come online soon.”

Right now, Kinsel believes that, on the regulatory and acceptance side, misinformation about the topic is standing in the way of RON becoming ubiquitous.

“It’s a confusing topic and people just don’t understand where they can and cannot do what,” Kinsel said.

Notarize — which does stand to benefit from a move to digital closings and RON, is working with regulators and legislators in each state to provide education around the different types of notarizations, Kinsel said. The company also works at a grassroots level to build relationships with the real estate industry and trade organizations to ensure it’s pushing for what works best in each state.

“We believe in partnership and want to work with communities to ensure this digital service is available to all who want to use it,” Kinsel said.

Part of that push to allow more states to pass legislation for RON includes ensuring the safety of the platform as well, according to Kinsel.

“We continue to build trust around the product by laying out the need for a multi-factor approach to identity and authentication as well as the need for a live audio-video recording to assist that last line of defense — the notary,” Kinsel said.

In November Notarize announced it was launching a mobile tool for real estate agents, as well as opening its platform to independent notaries and notaries that work at companies such as brokerages. The company also boasts partnerships with Adobe Sign and the Zillow-owned transaction management platform dotloop.

Getting the tool onto more platforms, in part, can create more partners in advocacy for RON.

Notarize also isn’t the only company in the online Notary space. DocuSign, which has a market cap of $46 billion, also expanded into the RON business with the acquisition of LiveOak Technologies in July 2020.

While the company could, in theory, be a powerful adversary, it can also help in the efforts to push more states to adopt such measures.

The need for a fully digital transaction is booming in the real estate industry especially, as the COVID-19 pandemic has shuttered many in-person activities. Notarize, in October, specifically reported a 600 percent growth in the use of its services in the past six months.

Bestow lays off 14% of its staff

Making the Business Case for Upgrading Your Ease of Use