To kick off Connect Now, Brad Inman invited Coldwell Banker agents Steve and Heather Ostrom to discuss the “mega trends” of today and find out why they’ve stuck with their brokerage for more than a decade.

Today’s the day: Join us for Inman Connect Now today to dig into key issues like the Zillow-ShowingTime deal, building client relationships, the IPO trend and much more. Register now to watch the rest of the day live, and catch up on what you missed on-demand.

Brad Inman likes to keep things interesting. So for this month’s Connect Now, he invited Steve and Heather Ostrom, two married Realtors with Coldwell Banker, to join him in kicking things off with a discussion about today’s hot topics in the industry, ranging from a future where people buy and sell homes without a Realtor to Zillow’s recent ShowingTime acquisition.

“Instead of all the experts commenting on these big mega trends, we thought we would ask two really successful — I consider you very ethical — lively, entertaining Realtors to do some commentary with me,” Inman explained.

Inspired by China’s recent pilotless spaceship landing on Mars, Inman wondered if the industry will face a future where people regularly buy a house without a Realtor. But, “the awesome Ostroms,” as Brad dubbed the couple, were skeptical of such an eventuality because of the value a local Realtor’s knowledge brings to the transaction.

“Yeah, people can buy a house without using an agent … but most people don’t want that,” Steve said.

“I’m not worried at all because they want us to keep them calm, take care of everything, give them the nuts and bolts of the details that are going on and for us to take care of it,” Heather added.

With so many new “tech brokers” popping up in real estate, Inman wondered why the Ostroms stuck with Coldwell Banker over the years, and the couple explained that it was just a good personality fit that continued to work with how they ran their business.

“We’ve actually interviewed everywhere, and we’ve come back to Coldwell Banker, and I think the reason is just because we really like the tools,” Heather said. “I think where I see a lot of young agents struggle, they’re … almost doing a ‘disprofile’ of their personality. You have to take an honest reflection of your personality type and how your business is structured.”

Inman also pointed out that many newer brokerages are employing agents, rather than hiring them on as independent contractors and wondered how the Ostroms felt about their contractor status.

“It feels like we don’t have to answer to anybody else,” Steve said, pointing out that when COVID hit, it was brokerages with employees, like Redfin, that had to furlough staff. “We don’t have that worry. We like working for ourselves.”

Shifting the conversation to Zillow’s ever-increasing presence in the industry, overall, the couple said they’re usually not too daunted by the company. But when they heard about the ShowingTime acquisition, it felt like the company’s giant footprint was finally starting to hit a little too close to home. 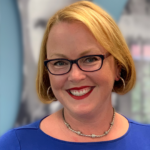 “I am rarely rattled by Zillow,” Heather told Inman. “I respect them. Whenever I have problems with the MLS or Zillow, Zillow is one of the first groups to respond.”

“When I saw the ShowingTime acquisition, that was the first time I actually did get rattled a little bit,” she added. “I think it was a human reaction; I wasn’t being logical. It did tap into that ‘oh my god’ because we just got it in November for free on our Metrolist. It was something that’s so close and intimate to where we work.”

Steve noted that the couple has actually received iBuyer offers in the past, which helped make them seem a bit less formidable, although they didn’t see any of those offers this year.

“Once we got the offer [from the iBuyer], it was low, and then the closing costs were a lot higher than our normal closing costs,” Steve added.

Addressing the shortage of listings, the couple said they reach out to agents with pending listings to see how many offers the home received to give that information to their potential sellers and encourage them to sell. Heather added that they make sure buyers are also well aware of their stringent health practices regarding COVID-19, to allay any related fears.

In closing, Heather and Steve encouraged fellow Realtors to stay positive during these cold, dark days of winter and just stick to the work.

“Positive self-talk,” Heather said. “More than ever, I really, really can’t emphasize this enough: Look in a mirror, and just say, ‘I gotta keep working, gotta keep at it, don’t give up, keep on getting up.’”

Homeownership Rate For Black Americans Lags Behind At 42%