You’ve surely heard of Trump Tower in New York City. Maybe you’ve heard of the Trump Taj Mahal and Trump Castle in Atlantic City. Then there’s the airline Trump Shuttle, Trump International Hotel in Las Vegas, and even Trump Steaks. And there’s a whole slew of golf courses, of which Mar-a-Largo is just one.

The point is that the list of businesses former President Donald Trump has overseen during the years is very long and very, let’s say, eclectic. At one point there was even a chocolate company in the mix.

But amid all of these ventures (many of which, such as the airline and the steak company, have long-since closed) is one that’s often overlooked or forgotten: Trump Mortgage.

Trump Mortgage was a short-lived venture in the early 2000s. Like so many of Trump’s ventures, it rose out of the confluence of family connections and a philosophy that might be best summed up as throwing everything at the wall to see what sticks. Ultimately, Trump Mortgage didn’t stick, but a decade and a half later it remains a curious chapter in the Trump story, and one that foreshadowed future criticisms of the New York mogul.

Trump Mortgage was born in a heady time in which home prices were rising, housing demand was up and credit was cheap. The future president appears to have first mentioned the idea of a mortgage company all the way back in 2003, the same year be began hosting and co-producing his hit TV show The Apprentice. 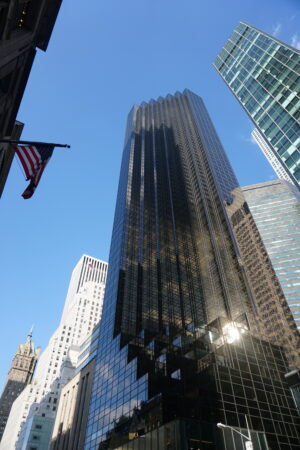 However, it wasn’t until April of 2006 that the company finally launched in what the Washington Post described as “a glitzy event at Trump Tower.”

At the time, Trump reportedly billed the company as a bastion of integrity amidst a troubled industry.

“Trump Mortgage is going to take better care of people than anyone in the mortgage industry ever has,” Trump said, according to a 2006 CNN report.

But there were signs of trouble right off the bat. Most notably, Trump chose E.J. Ridings to head the company. Ridings had known Trump’s son Donald Trump, Jr., and he had reportedly claimed to be a seasoned executive with more than 15 years of experience.

When the New York State Attorney General began digging around, however, Ridings’ claims about his background turned out to be false, CNN reported. Instead, he had previously owned a cleaning company, worked as a day trader, and sold nutritional supplements.

Despite Ridings’ shaky resume, Trump Mortgage pressed on. The company’s website — which has been taken down but can still be accessed in cached form — touted the business as the “combined spirit and vision of Donald J. Trump, Chairman and E.J. Ridings, President and CEO.”

“Their inspired goal was to create a mortgage company that would be a safe haven for securing a mortgage,” the website further claimed. “One that would lead the industry by example, where honesty, integrity and trust would be the primary pillars. With the power and confidence of the Trump name behind them, they have succeeded in bringing to life a new generation of mortgage professionals committed to upholding the high standards of the Trump name.”

Trump ultimately gave the company an entire floor of 40 Wall Street, a historic Manhattan skyscraper. According to the Washington Post, staffers used the space to cold call people who had subprime mortgages in an effort to get them to refinance.

In the early days, Trump was bullish about his mortgage company. When a CNBC reporter asked Trump in April 2006 about the potential problems in the housing market, he was dismissive.

“It’s a great time to start a mortgage company,” he reportedly said. “We’re going to have a great company.”

There were some promising signs early on. Trump Mortgage had apparently brokered up to $25 million in loans in February of 2006, and had obtained licenses to operate in multiple states. Ridings, too, was optimistic, reportedly telling interviewers that the firm would issues as much as $3 billion in loans by the end of the year. Two-thirds of that business was supposed to come from the residential side of the company, and Ridings mentioned the prospect of eventually expanding across the world, the Post reported.

That never happened. There was no global expansion, and the company never did the billions in business Trump and Ridings envisioned. 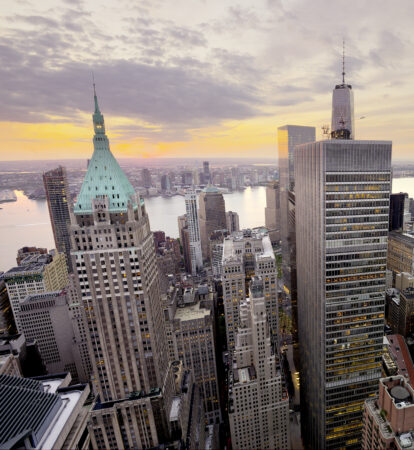 In an alternative reality, it’s possible to imagine a scenario in which Trump Mortgage did ultimately succeed. But anyone who remembers the last two decades in real estate will know why that didn’t happen: The housing bubble burst in 2007 and 2008.

As the market, and the broader economy collapsed, Trump Mortgage’s fortunes fell quickly. By February of 2007, according to Mother Jones, the company had stopped paying rent. Despite the fact that Trump owned the building, he took his namesake mortgage firm to court for the unpaid rent. When the company didn’t respond, it was evicted.

By August of 2007 — about 18 months after it launched — Trump Mortgage was out of business.

A lawsuit and a do-over

Despite the fact that Trump Mortgage had described itself as representing  the “combined spirit and vision of Donald J. Trump” and Riding, Trump quickly revised his bullish take. He claimed that in reality he had merely licensed his name to the firm, and he went so far as to tell a reporter the “mortgage business is not a business I particularly liked or wanted to be part of in a very big way,” according to the Chicago Tribune.

Trump also blamed the people running the company for its failure, saying “we weren’t happy with them and we terminated them based on the fact they were not doing what they said they were going to do,” according to the Post.

However, at the same time Trump licensed his name to another mortgage company, Meridian Mortgage, which went on to use the name “Trump Financial.” That firm was more established than Trump Mortgage ever was, but it still ultimately failed several years later. (First Meridian still exists as FM Mortgage Corp, but the collaboration with Trump does not.)

The Trump Financial deal could have kept Trump in the mortgage game, acting as a kind of lighter-weight do-over for the mogul. But First Meridian chief executive David Brecher said the housing collapse doomed the Trump deal, according to the Post.

All these years later, the only thing left appears to be a lawsuit.

During Trump Mortgage’s short run, the company employed a loan officer named Jennifer McGovern who reportedly brokered a $26.5 million deal. The deal should have netted McGovern a commission of $238,000, but she never received it and ultimately sued.

Ridings did not respond to a request Inman made for comment via LinkedIn. His LinkedIn page indicates that he is currently the president of “Yes Ventures, Inc.,” though the firm does not appear to have a website.

However, according to the Daily News, Riding “scoffed” at the idea of paying McGovern during a phone call in 2019.

In the end Trump Mortgage is a small chapter in Trump’s colorful history of highly-touted-but-often-failed businesses. Short as it may be, though, the chapter is significant because some have pointed to it as evidence that Trump himself was a less savvy business man than he claimed to be.

“Trump,” Cliff Rossi, a finance professor at the University of Maryland, told the Chicago Tribune in 2016, “picked about the worst time to jump into mortgage lending, waiting [to] close to the tail end of the boom.”

Investing in the Cannabis Industry: No Longer a Pipe Dream

Rising Rates And Low Inventory Cause Home Sales To Plummet

Winter risks – how to avoid them