Remote and cut off from the mainland, Alaska often goes unnoticed in discussions around the country’s high-end real estate.

Remote and cut off from the mainland, Alaska had every reason to see its real estate market falter amid COVID-19. Instead, its luxury real estate sector has been going very strong amid some of the lowest inventory on record.

“We have always beat to a different drum in that our market does not typically follow the lower 48 market,” Janelle Pfleiger, a broker at RE/MAX Dynamic Properties in Anchorage, told Inman. “In many ways, we have a faltering economy here because of reduced oil production, net out migration and Covid really hurting our tourism industry. With all that, you’d really think that we would have a faltering residential and commercial real estate market but that’s just not the case.”

Home to just over 700,000 people and acres of the most picturesque fjords, mountains and glaciers, Alaska is often forgotten in discussions of the nationwide real estate market due to its geographical isolation from the country’s mainland. If mentioned at all, it is often considered remote and not home to the kind of ultra-luxury properties seen in places like California.

But while its median home costs $348,000, Anchorage currently has more than 50 homes worth over $1 million up for sale, including the 2.5-acre Carr’s Estate overlooking Campbell Lake up for $2.695 million and represented by Pfleiger. She said that the city currently runs at 4.64 months worth of inventory while anywhere from 18 to 36 is considered typical. In 2020, Alaska’s capital and largest city beat a 12-year high when more than 3,200 homes sold.

“We were seeing less travel and more staying at home, low interest rates and this fear of missing out,” Pfleiger said, adding that the hot market has been fueled by demand from both local and out-of-state buyers interested in Alaska’s natural wonders. “And so you had people making those moves, afraid that they were going to miss it.” 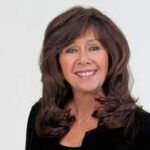 RE/MAX Estate Properties’ Saul Larner works primarily in Beverly Hills, California, but recently received his license in Alaska in order to represent The Second Star Mansion, a 17,000-square-foot estate in Homer listed for $9 million. The estate, which has a 3,000-square-foot deck and a 270-degree conservatory, is considered one of Alaska’s most luxurious listings at this moment. It’s a four-hour drive from Anchorage, and it offers panoramic views of Kachemak Bay on the Kenai Peninsula from its many suites and rooms.

“If you want something on the beach in Malibu or somewhere else [around LA] you’d be looking at well over $1,000 per square foot,” Larner told Inman. “This property is in a tourism hotspot of Bishop Beach and is only $500 a foot for over 70,000 square feet. It’s probably one of the most unique properties in the country in that you have water views from almost all of the rooms.”

Larner said that Alaska is also a popular destination for wealthy buyers looking to lower their tax liability and protect their assets — the state does not have a capital gains tax and, due in some part to their remoteness, some cities do not have property taxes at all.

“It sounds preposterous, but for some people, they can’t afford not to buy it,” Larner said. “They’re going to save a lot of money in taxes and by having asset protection so it turns out to be an ideal investment.”

As in the rest of the country, luxury properties do not sell as fast as in affordable and mid-range housing — a property over $2 million is, according to Pfleiger, much more likely to sit on the market because the number of buyers who both have the funds and the interest for a purchase narrows significantly.

The state’s hottest market right now is, for Alaska, luxury but not ultra-luxury; Pfleiger said that the $900 to $1 million price point is sitting at just two months of inventory, the lowest in the market.

“You really have to break down the million-and-plus market because the newer construction, million-dollar houses are selling like crazy but once you get above $1.3 million, it really tends to drop off dramatically because the number of people who have the confidence to put that kind of dollar into Anchorage, Alaska, is a narrow niche.”

That confidence can, however, be rewarded — home values rose 6.4 percent in Alaska in 2020 and are rising rapidly in 2021. Pfleiger said that, as the pandemic pushed many to reconsider what they consider home and take the plunge with purchases they had been putting off for a while, the post-pandemic era may bring about a new kind of customer: luxury buyers who, put off by the travel restrictions or complications, is going to be looking to buy in 2021.

“There’s oil exec movement coming and going and then there’s a growing medical field, but I would say that the majority of the activity is bubbling up within the community of people saying ‘I’m staying and I’m working from home,’” Pfleiger said. “All at once, much of the larger footage that we couldn’t move before is selling.”

Inman Review: Can iBuyers Get You Leads? They Can With Zoodealio