According to a recent Wall Street Journal article, a growing number of luxury communities are banning short-term rentals for residents’ peace of mind.

When Airbnb launched in 2008, the company ushered in the era of the modern boardinghouse where travelers could temporarily rent a home at the click of a button, usually at the fraction of the cost for a hotel or extended stay. The short-term rental industry quickly took off and the criticisms did too — cities imposed restrictions, residents complained about wild parties and some Airbnb owners lamented about trashed homes.

Tired of living in neighborhoods where Airbnb and VRBO listings abound, luxury second-home and vacation-home buyers are seeking out communities with short-term rental bans. A Wall Street Journal report published last week revealed the growing number of gated communities in retiree hotspots across Utah, Colorado and  California that are jumping on the trend.

“I have nothing against short-term renting in principle, but I don’t want to live somewhere that allows it,” said Wes Swenson, a retiree who owns two multi-million dollar homes in communities with short-term rental bans.

Swenson said his previous neighborhood was filled with short-term rentals, which caused issues with traffic, parking and loud noises. So when it came to purchasing his dream homes, Swenson wanted a neighborhood where he’d never have to worry about random house parties again.

Retirees Bill and Connie Webbe echoed Swenson’s sentiments and said they didn’t care about missing out on income from renting their 6,000-square-foot Colorado mansion nestled between a world-class golf course and skiing resort. What was more important, the Webbe’s said, was having neighbors they could get to know instead of a revolving door of vacationers next door.

“Our concern is to have a community where we know each other well and do things together,” Bill told WSJ.

She also explained the ban is only as strong as the association’s leadership, and roughly 70 percent of HOAs are led by “professionals who often have more wherewithal than all-volunteer boards to discipline rule-breakers with letters, fines and legal action.”

Chuck Murray, a former HOA president of Shadow Estates Homeowners Association in Sedona, said he moved to the community because of the ban on rentals of less than six months. During his tenure as HOA president, Murray said he was strict about enforcing rental rules and issued multiple warnings and fines.

“You have a true sense of community,” he said. “You talk to your neighbors as if they were your friends, and you wouldn’t have that if there were short-term rentals.”

Murray, nor any of the other homeowners WSJ featured are totally against short-term rentals — in fact, Murray said he owns two short-term rental properties in Sedona and Puerto Peñasco, Mexico.

“We live on that cash flow and it’s worked out amazingly well,” he explained. “It’s purely just a business to me.”

For homebuyers who want to live in short-term-rental-free communities, the article outlined several steps including searching for the number of listings in a prospective neighborhood, directly asking for a copy of the CC&R, and researching your city’s course of action against platforms that violate local short-term rental laws.

“Call the city attorney or the city’s planning department and ask about the local short-term-rental laws,” the article read. “The gold standard is ‘platform accountability’ whereby platforms are held liable for listing rentals that contravene local laws.” 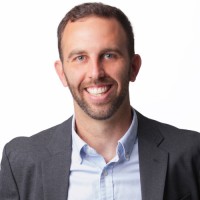 Even with this small uprising against short-term rentals, AirDNA Vice President of Research Jamie Lane said the industry is far from going bust. In fact, Lane said AirDNA data shows short-term booking rates are recovering from their COVID slump and should be back to pre-pandemic levels in 2022.

“The five-year outlook is for strong growth in demand for short-term rentals,” Lane said. “The vast majority of U.S. short-term rentals are in destination/resort and small town/rural locations around the country, of which many are the owner’s second homes.”

Here’s What Compass Paid For Its Biggest Acquisitions