At long last, WeWork made its stock market debut Thursday, two years after it tried and failed to first hold an initial public offering.

The firm’s long-in-the-works public debut finally came about thanks to a merger with special purpose acquisition company (SPAC) BowX. That deal wrapped up this week, and shares in the merged company began trading Thursday morning at $11.28, up about a dollar compared to BowX’s solo share price at the close of the market Wednesday.

WeWork’s share price fluctuated over the course of Thursday, but ultimately closed at $11.78, up about 13.49 percent. That price gives the company a market cap of about $9.3 billion.

While WeWork’s share price was no doubt a welcome development for company investors, the fact that the firm went public at all is something of an accomplishment.

Founded by Adam Neumann in 2010, WeWork grew quickly over the years thanks to vast investments from Japanese megafund Softbank, among others. The company’s business model involves leasing large spaces in office buildings, then subdividing and subleasing those spaces out to smaller companies.

By August 2019, WeWork was valued at $47 billion and had filed the paperwork to debut on the stock market via a traditional initial public offering (IPO).

However, WeWork’s IPO filings revealed deep losses — the firm burned through $1.9 billion in 2018 — and helped fuel criticism of the company’s governance. Co-founder and CEO Neumann in particular also became the subject of criticism about WeWork’s direction and culture. 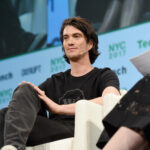 But WeWork didn’t disappear and this March announced plans to go public via a SPAC merger. Such mergers have become increasingly common in recent years because they offer a faster and easier path to the stock market than a traditional IPO.

Among other companies, iBuying giant Opendoor — which also has backing from Softbank — went public late last year via a SPAC. Opendoor rival Offerpad followed suit in September of this year after merging with a SPAC created by Zillow co-founder Spencer Rascoff.

In WeWork’s case, the SPAC deal was designed to give the company access to about $1.3 billion in cash. It also valued the company at about $9 billion.

WeWork’s market cap slightly exceeded that valuation by the end of trading Thursday, though it was still vastly lower than the heights of 2018 and 2019. 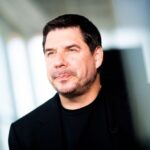 Also on Thursday, WeWork Executive Chairman Marcelo Claure appeared on CNBC to discuss his company’s stock market debut. He noted that “this is a story with drama,” and acknowledged that “a lot of people wrote documentaries that it was the end of WeWork.”

“Well the resistance, the persistence of these people is incredible,” he added. “This company is here, is stronger than ever, and no doubt that we’re going to be celebrating many more milestones.”

Here’s The One Decision That Haunts Redfin CEO Glenn Kelman

As Inflation Heats Up, Home Sales Expected To Decline Over Next 2 Years

WATCH: ‘Selling Sunset’ Stars On The Celebritization Of Real Estate

REVideos Is An App For Making Real Estate Videos

As Inflation Heats Up, Home Sales Expected To Decline Over Next 2 Years

WATCH: ‘Selling Sunset’ Stars On The Celebritization Of Real Estate