On the heels of the one-year anniversary of their affiliate program, Corcoran has added yet another top team to the mix, it was announced Tuesday. The 50-person Corcoran Baer & McIntosh team will be serving the Nyack, New York, and Northern New Jersey area with four offices.

Family-owned and operated since 1979, the team, formerly known as William Raveis Baer & McIntosh, will continue to be led by broker-owner Debbie Blankfort and her son, Adam Blankfort, who leads the brokerage’s technology efforts.

“Launching Corcoran Baer & McIntosh is a perfect opportunity to expand our Northeast operations,” Corcoran President and CEO Pamela Liebman said. “I respect the dedication that Debbie and Adam have for our industry and am confident they will use that enthusiasm to continue to foster the best possible growth environment for all of their agents.”

“I couldn’t be happier to welcome them to the Corcoran family,” she added.

In an emailed conversation with Inman, Blankfort said other brokerages have approached her with offers to become an affiliate, but the opportunity to join Corcoran was a “no-brainer” due to the company’s culture and resources.

“Corcoran is a top brand with sophisticated, world-class marketing, and, in my opinion, it is the best brand in the industry,” she said. “We are so fortunate to now be connected with the No. 1 real estate company in New York City, with a network of over 4,200 agents in the entire Corcoran network for our agents to connect with.” 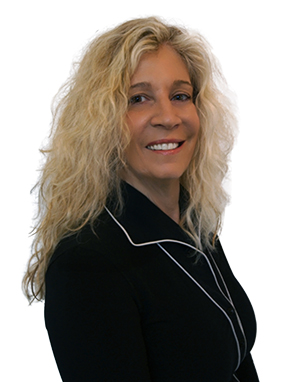 “The culture, supported by the marketing and creative teams behind the brand, was ultimately the deciding factor,” she added. “Now, our agents have direct access to an entire team of marketing and digital geniuses, not to mention in-house software development, and they are connected to the most talented agents in the industry.”

She continued, “Ironically, Corcoran felt right for us decades ago, when we felt our ideals so tightly aligned, and now here we are many years later.”

“The combined brokerages make Corcoran’s first franchisee 450-agents strong, with 13 offices and a combined 2018 sales volume of more than $2.6 billion, according to Corcoran,” a previous Inman article read. “Corcoran, which operates Realogy-owned brokerage offices in New York and Florida, is heading west with its first franchise, a place where the company does already have tremendous brand recognition.”

Within their first year of operating as Corcoran Global Living, the brokerage’s agent count and sales volume tripled with 1,600 agents raking in $6.4 billion.

“For us, it’s really about quality over quantity,” Liebman said of their affiliate strategy since Zephyr. “It’s important that we continue to bring on affiliates who are truly a strong fit; not only in terms of their business goals, but also from a culture standpoint.”

“That said, I’m incredibly proud of everything that we accomplished in our first year – it is a huge first step for our ambitions with our affiliate network,” she added. “Welcoming 10 new affiliates in a little over a year is tremendous.”

Liebman said Corcoran is looking forward to growing its domestic and international footprint and will be seeking affiliates who can properly represent the brand in their markets.

“In terms of strengthening our overall presence, we’re eager to continue to grow both domestically and internationally, especially following the launch of Corcoran BVI just last month – our first global franchisee,” she concluded, referencing Corcoran’s franchise in the British Virgin Islands. “Leveraging the extensive local expertise of our agents, the strong recognition of the Corcoran brand, and the unmatched resources of Realogy have us well-positioned for even more growth.”

Industry leader on the places an insurance career can take you

Where does customer contentment start?