Tomo’s new Real Time Prepproval product goes beyond the less rigorous prequalification process used by many lenders, by automating the process of verifying borrowers’ income, assets, liabilities and credit in minutes — without requiring them to upload documents or speak to loan officers by phone.

Prospective homebuyers authorize Tomo to retrieve the information needed to obtain a green light from automated underwriting systems used by Fannie Mae and Freddie Mac, generating a preapproval letter that they can use to make an offer.

“We’ve found customers are quite willing to complete the administrative work digitally — there’s no taking out a phone and taking pictures of documents,” Tomo CEO and co-founder Greg Schwartz said of beta testing that began three weeks ago. “That’s been the big win so far — that there is a digital customer out there.”

It’s the latest of several product innovations the Stamford, Connecticut-based lender has rolled out since laying off close to one-third of its workforce in May and delaying plans to expand into new markets.

Tomo is once again in expansion mode, Schwartz told Inman. With the launch of services in Maryland, New Jersey, Oregon, Pennsylvania, Virginia and Washington D.C., Tomo is now serving homebuyers and real estate agents in 14 states and the nation’s capital.

But Schwartz said Tomo has set its sights on opening new markets on the West Coast as the next order of business. The company is currently laying the groundwork to launch in California, Arizona and Oregon in the second or third quarter of 2023, he said.

“You’ll see us add some larger population states,” Schwartz said of Tomo’s expansion plans. “If you want to compete in California, you’d better be ready,” he said of the preparation required to such a massive market.

Although every state has different licensing requirements, Tomo can provide many services using a centralized team, Schwartz said.

“The greater challenge is understanding the idiosyncrasies of each state,” Schwartz said. “If you don’t do condos well in Florida, you’re not in the game. In each state, we look at the localizations needed to deliver a flawless transaction.”

Launched last summer by Schwartz and fellow Zillow veteran Carey Armstrong with a vow to stand out from competitors by being “the best at purchase mortgages,” Tomo has rolled out several products this year to support that goal.

Tomo’s recent innovations include a “Lock and Shop” product that lets homebuyers lock a rate before they’ve decided on the specific home they want to buy and an appraisal coverage guarantee that ensures buyers will still be able to close if their appraisal comes in low. 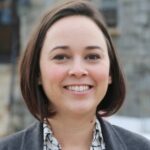 Audrey Troutt, Tomo’s vice president of engineering, put Tomo’s Real Time PreApproval through its paces for Inman. After gathering some basic information from prospective borrowers and obtaining authorizations to retrieve more detailed data, Tomo can generate a fully underwritten preapproval letter in minutes, day or night. If a homebuyer doesn’t want to tip their hand to a seller, Troutt noted, they can customize the letter to show a smaller amount than they’re preapproved for.

Tomo partners with a number of providers that allow it to automate the process of pulling information on borrowers’ income, assets, liabilities and credit.

“What we’ve learned is there’s not a single partner that gives us sufficient coverage” to rely on just that partner, Schwartz said. In addition to Finicity and Plaid, “We’re in the process of working with almost every [provider] you’ve ever heard of.”

Since each provider charges a fee, Tomo has built its own API (application programming interface) call stack to figure out which provider to hit first, based on factors like the borrower’s location and employer, Schwartz said.

“We’re mapping who gives us good quality data, and calling them in the right order,” Schwartz said. “Because this is our borrower’s money. We’ve got to be lean.”

“Given that we’re purchase only, we must maintain exceptional relationships with the agent community,” Schwartz said. “They’re looking for control over the process, and flawless mortgages.”

Schwartz and Armstrong’s signatures and contact information are on each preapproval letter, reflecting Tomo’s commitment to service.

“I get calls on Sunday night all the time from people thinking I’m the processor,” Schwartz said. “Jamie Dimon doesn’t do that, but he’s got a bigger company,” Schwartz joked of JPMorgan Chase’s CEO.

Buying a Foreclosed Home With an FHA Loan