Homebuyer demand was off the charts in 2020, but which markets saw the favor of the biggest group of homebuyers, millennials? Those born between 1981 and 1996 made up the majority of potential homebuyers in most of the country’s largest metro areas, according to a new report from mortgage site LendingTree.

The report analyzed mortgage requests and offers for borrowers across the 50 largest U.S. metro areas from Jan. 1, 2020 to Dec. 15, 2020 and honed in on borrowers aged 24 to 39. Then the report ranked the metros by the percentage of total purchase mortgage requests received by LendingTree from borrowers in that age group.

LendingTree found that millennials made up at least 50 percent of purchase mortgage requests in 43 out of the 50 largest metros. San Jose, California; Boston and Denver were the metros where millennials make up the largest share of purchase requests: 61.79 percent, 59.09 percent and 59.07 percent, respectively.

The report offered the following stats specifically for millennial buyers in each of these three metros:

LendingTree found that the oldest millennial homebuyers were in San Francisco, San Jose and New York City, with an average age of 32.1 years old, which the site said was about half a year older than the average 31.57 across all 50 of the largest metros in the country.

“Since these metros are so expensive, millennials likely need to spend more time saving before they’re ready to buy a house,” the report said.

The youngest millennial buyers were in Salt Lake City; Buffalo, New York; and Detroit, with an average age of 31.03 years old.

Millennial buyers in San Jose, San Francisco and New York City had the highest credit scores, with an average of 721. By contrast, the average millennial credit score for the 50 largest metros was 669.

The least popular metros among millennials were Las Vegas; Tampa, Florida; and Phoenix. 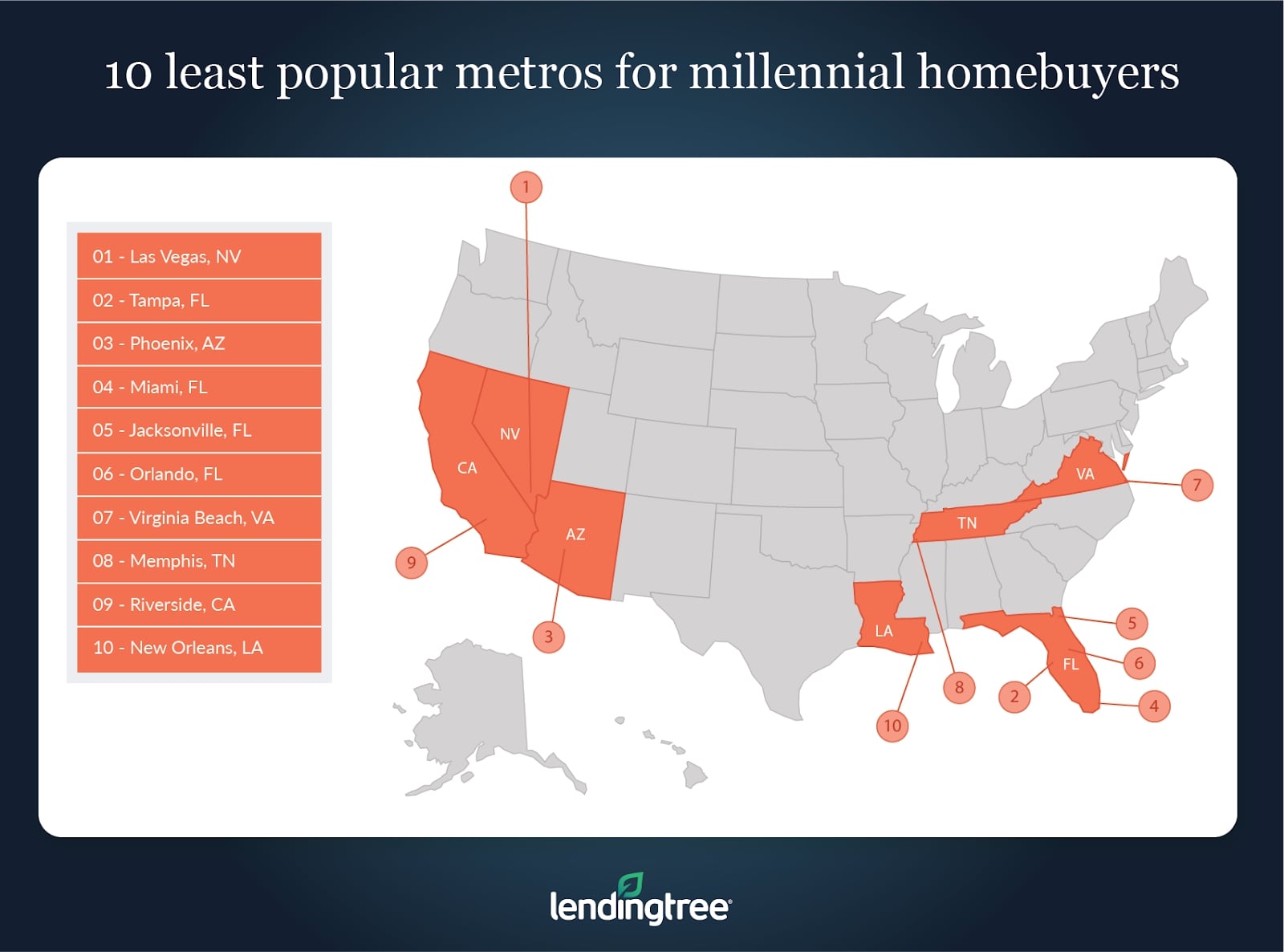 This is despite the comparatively lower cost of homes in these areas. The report offered the following stats specifically for millennial buyers in each of these three metros:

See how popular your metro area is among millennials:

10 Factors Clients Need To Weigh Before Moving To The Burbs

Free Leads! How To Set Up, Optimize Your Google My Business Page

Free Leads! How To Set Up, Optimize Your Google My Business Page