From the urban exodus to Americans’ increased ability to work from home, a number of factors continue to influence which properties and markets are most successful, Zelman & Associates CEO Ivy Zelman said during Inman Connect.

If the year behind us has shown the need to change plans and run with the unexpected, 2021 will be all about knowing the ins and outs of the market.

From the urban exodus to the impact on home choices driven by Americans’ increased ability to work from home, a number of factors continue to influence which properties and markets are most successful, Zelman & Associates CEO Ivy Zelman said during the “Digitization and the Shifting Consumer Experience” session at the virtual Inman Connect January conference on Wednesday.

One big factor on home choices has been the ability to work remotely. Prior to the pandemic, around 6-7 percent of Americans did so. While it is too early to say just how many will work from home long-term once offices reopen, the increase in this number has been undeniable and led to an interest in homes that are at once bigger and farther away from urban centers.

“We don’t have the ability to know if this number is going to go to 15 percent or go to 30 percent but it is a strong tailwind to continued growth in single-family [homes] and the acceleration of the Great American Shuffle,” Zelman said.

Washington, D.C., Utah, Texas and Nevada are the four places with the biggest growth — a trend, Zelman says, that has been underway long before the pandemic due to the area’s jobs-to-affordability ratios. 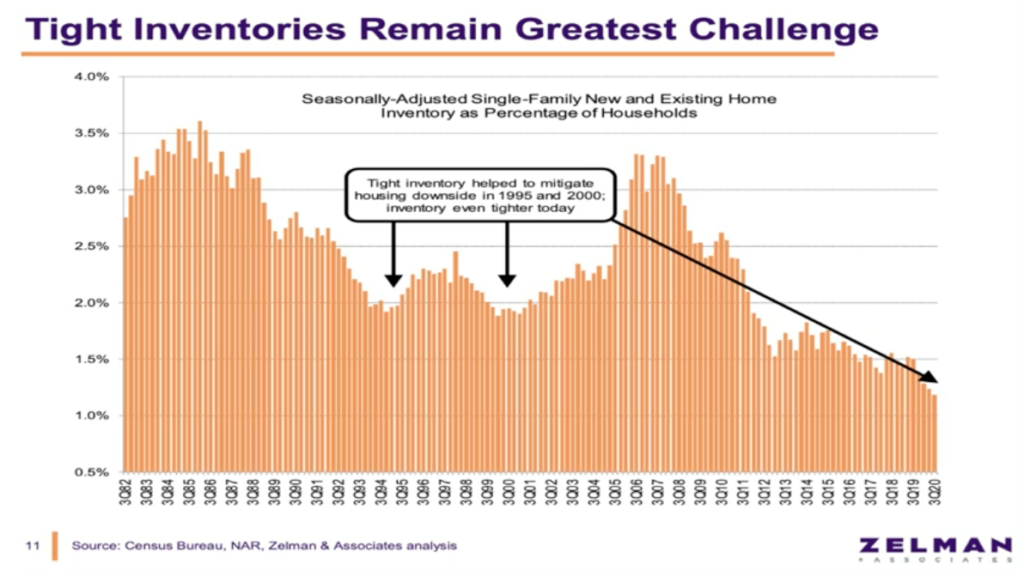 “From 2010 to 2020, the top ten states have grown substantially faster than the United States as a whole and, frankly, builders have been a big beneficiary of this because there is actually space and ability to develop land in these markets.”

By contrast, states like West Virginia, Illinois, Rhode Island and Connecticut have seen some of the lowest growth in the country — some due to poor economies but most due to a small size that does not allow for much growth by definition.

One of the biggest challenges holding an otherwise-strong market back is inventory as not enough homes hit the market to meet the number of people looking to buy them. Velocity, meanwhile, is at an all-time high. Listings sell within days and, in 2020, 33 percent of all resale inventory sold on average each month. 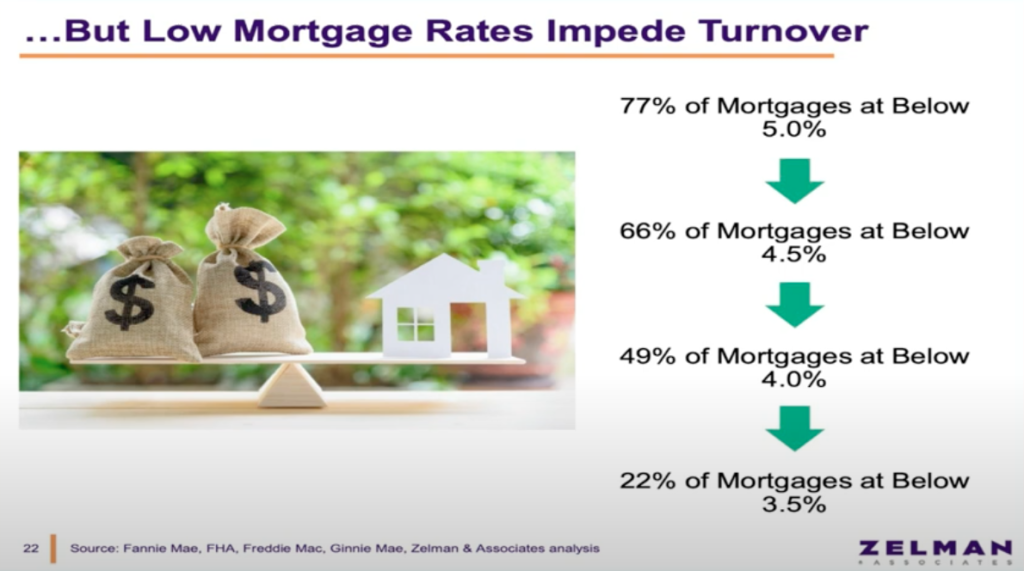 “Prior to COVID, [inventory was] at all-time record lows, which really helped support really strong, robust home price appreciation but, in fact, COVID resulted in inventories declining another 25 to 30 percent,” Zelman said.

Zelman & Associates anticipates home prices rising 6 percent or more in 2021. After a slight dip in the winter, the number of new pending contracts should pick up by the spring.

The luxury and vacation home segment of the market has been particularly strong throughout the pandemic. Between July and October, the number of mortgages signed for second homes jumped by 65 percent while large numbers of affluent people bought them in cash outright. 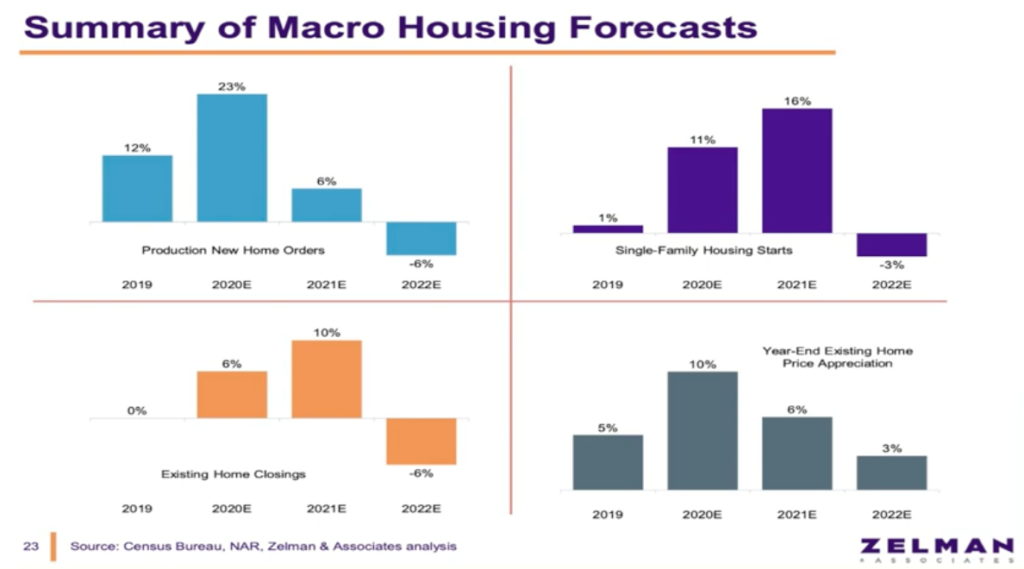 On the flip side of low inventory, historically low mortgage rates lead many buyers to jump at the chance of ownership while they can. But as homeowners with existing mortgages look to refinance, it prevents turnover and stalls the market — according to the firm’s estimates, 49 percent of mortgages are below 4 percent.

“We don’t know, with inflation and stimulus, if rates are going to move higher, but the 10-year yield has already moved up,” Zelman said.

Who are the industry’s best retail producers?

You can now submit entries for Elite Women 2023