On March 8, The Agency is opening new offices in California, Connecticut and Ontario, as part of the company’s strategic growth plan.

Two of those new offices will be franchises located in Oakville, Ontario, and New Canaan, Connecticut; the third office will be a new corporate branch located in Studio City, California.

The announcement comes as The Agency seeks to ramp up company growth. It recently added two high-profile hires with former Coldwell Banker agent Wendy Walker and Jim Ramsay, who was previously chief operating and chief growth officer for Engel & Völkers Americas. The brokerage also told Inman that more franchise announcements in cities on the East Coast are not too far off on the horizon — including one in Huntington, Long Island.

The Studio City office’s strategic location will allow the brokerage to foster expansion in The Valley. A few of the company’s top brokers — Craig Knizek, Michelle Schwartz and Emil Hartoonian — will continue to lead offices in The Valley area while spearheading the new Studio City location.

“We’re thrilled to open a location in Studio City, a key area for our business as we continue our strategic growth both domestically and internationally,” The Agency CEO and Founder Mauricio Umansky said in a statement, adding that Studio City’s “long-standing history of luxury buyers and sellers is an exciting next chapter for our company.”

Launching franchises in New Canaan and Oakville will allow the company to both make its mark in a bustling luxury market in Connecticut, and build on strategic expansion in Canada, where the brokerage currently has offices located in Waterloo. 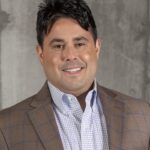 “The luxury market in Connecticut is thriving and we’re thrilled to broaden our reach and referral network with our franchise in New Canaan,” Umansky said.

The New Canaan office will be led by Todd David Miller and Cliff Smith, both of whom recently joined The Agency from Higgins Group/Christie’s International Real Estate.

“The Agency has redefined the business of real estate, modernizing and advancing the industry by fostering a culture of partnership in which all clients and listings are represented in a collaborative environment by all of its agents,” Smith said in a statement. “I am excited to begin building our office and surrounding ourselves with other top agents that embody these beliefs.” 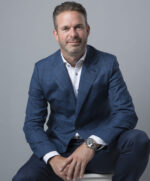 Steve Bailey and Katia Bailey will be leading efforts at the new Oakville office, both of whom are currently serving as managing partner and broker of record, respectively, at The Agency Waterloo. 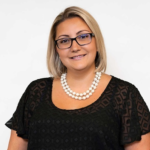 “Canada has been at the forefront of The Agency’s expansion efforts and we’re thrilled to be opening a new office in such a sought-after location as Oakville,” Jim Ramsay, executive vice president of franchise sales at The Agency, said in a statement. “We look forward to announcing new franchise partners, both domestically and internationally, very soon.”

The Agency was founded in 2011 and since then, has closed more than $25 billion in transactions, according to press documents provided by the brokerage. It has nearly 700 agents across 17 franchises and 22 corporate offices for a total of 39 offices in the U.S., Canada, Mexico and the Caribbean.

Winter risks – how to avoid them