During an Inman Connect session on Thursday, executives from Homie and Orchard advocated an approach that includes bundling more services under one roof and treating consumers — not agents — as brokerages’ primary customers.

Court Cunningham believes homebuyers and sellers, not agents, are the true customers in the real estate industry.

“At Orchard, our customer is the consumer,” Cunningham said, referring to the company he co-founded and leads as CEO. “They’re paying Orchard they’re not paying the agent.”

Cunningham made the comments Thursday during an Inman Connect panel dubbed “the Rise of the Neo-Brokers.” The panel also included Mike Peregrina, co-founder and chief financial officer for Homie.

In many ways, the panel was an extension of a somewhat intense conversation a day earlier between Redfin CEO Glenn Kelman and Keller Williams President Josh Team. During that session, the two executives debated the pros and cons of paying agents on salary verses having them work on commission. Kelman advocated for the salary model, and for treating buyers and sellers as the customer. Team, on the other hand, argued in favor of commissions and said agents were his company’s primary customers.

“Josh [Team] summed up what I think is a problem in the industry,” Cunningham said Thursday. “He said, ‘our customer is the agent.’ That I believe is a problem.”

Orchard is a technology-based startup that is among several businesses in the industry aiming to create an Amazon-like real estate experience. The company helps buyers come in with cash offers, provides an array of ancillary services, and provides an iBuyer-like offer to purchase a consumer’s house.

During Thursday’s session, he argued that bundling all those things together helps consumers have a better experience and save money. And in doing so, he also argued, agents’ lives are improved because with a salary-based model they have more stable income and benefits, among other things.

Cunningham added that this year his company also will “spend $175,000 in marketing per agent.”

“Is Keller Williams giving you that much in marketing?” he wondered.

Peregrina, whose company is known for its flat-fee brokerage model and rebates to buyers, agreed, saying that by bundling various real estate services “we don’t have all this overhead.”

“You get to focus on what matters,” he said, adding later that “we’re able to sell better and more homes.”

In the end, both executives advocated for a salary-based model, similar to the one Redfin’s Kelman championed a day earlier.

Peregrina also said that while 6 percent remains a common commission, when other fees, appraisals, and associated costs are factored in some consumers are paying as much as 15 percent to buy a home. And he said the fee and commission landscape is ultimately too expensive for consumers.

“We’re ripping away the customers equity,” Peregrina said. “That system, in our opinion, is fundamentally wrong.” 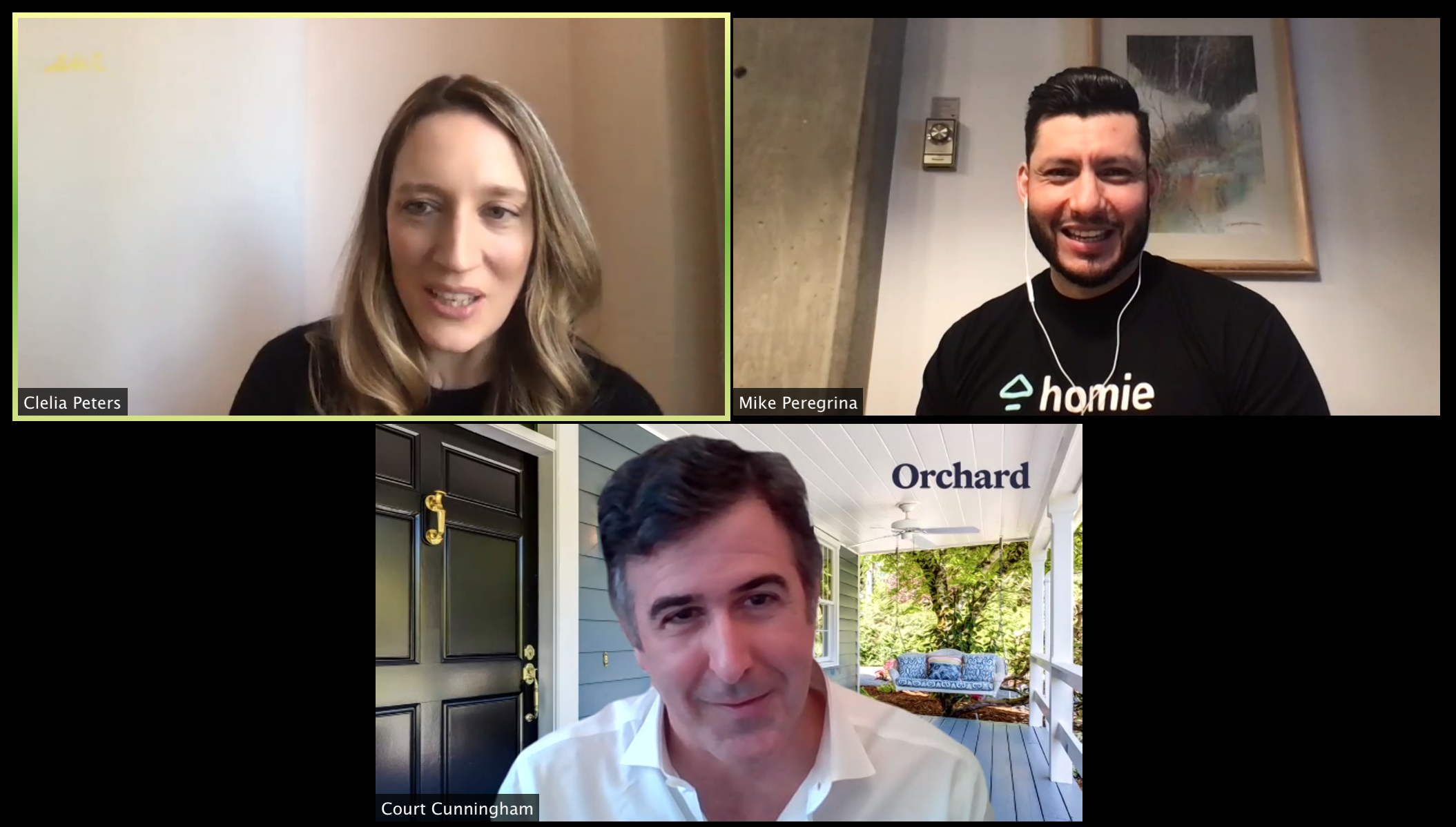 Cunningham later added that streamlining is one way to drive costs down, and pointed to online retail as a model; in an Amazon sale, for example, the search function and the checkout feature are not mediated by different companies. Instead, the entire transaction is handled by one provider, Cunningham noted.

Real estate may not be there yet, and a lively discussion in the comments section during Thursday’s session demonstrated that these questions are still very much up for debate. Indeed, most members of the industry are not currently working within a brokerage that operates like Homie, Orchard or Redfin.

But at least in the view of a new breed of tech brokerages like those featured in Thursday’s Connect session, the long arc of history is pointing toward more bundling and direct-to-consumer offerings.

“I think the industry is going to change and realize this is all one transaction,” Cunningham said. “Not only do you not need four or five people to touch the transaction but it’s actually bad for the consumer. Technology can help solve that.”

Move CEO: ‘Even after 25 years of digital real estate, it’s still too hard’

Here’s The Home Design Trend Homeowners Regret The Most

‘I Want To Be Your Second Agent’: Top Realtors Dish On When To Walk Away

The Luxury Home Of The Future Blurs Boundaries

‘I Want To Be Your Second Agent’: Top Realtors Dish On When To Walk Away

The Luxury Home Of The Future Blurs Boundaries