One Keller Williams agent called the timing of the announcement “awkward” while others decried the fact that no women or people of color were included in the recent leadership promotions.

Outgoing Keller Williams president Josh Team stunned the real estate world Monday with an abrupt announcement on Facebook that he would be stepping away from the company.

That Team was leaving didn’t seem to catch the company itself off-guard, but the manner in which Team announced the news prompted Keller Williams co-founder Gary Keller to apologize to agents that Team’s own announcement preceded the announcement from Keller Williams.

“I’d also like to acknowledge and apologize that for many of you, some of this is not new information,” Keller said. “You may have already read about these updates on social media.”

“Our intent is always to share this kind of information with you — our KW Family — first,” Keller added. “Unfortunately, word got out before we were able to get this out to you.”

The real estate industry’s reaction was equally mixed, with some seeing the writing on the wall due to Team’s tenure, which did include two of the best quarters in company history.

One former Keller Williams Team Leader just used the “HAHA” iMessage reaction, when asked if they had any insight as to why Team was leaving.

“Besides the fact he never built the tech he promised in nearly 6 years?” asked another former team leader.

Keller Williams recently revealed at its Family Reunion event that it would spend the next few months focusing on stabilizing the technology that was a hallmark of Team’s tenure at the company after it was reportedly plagued by issues.

That Team has such an outsized presence at Keller Williams’ virtual family event — he appeared on stage Wednesday anchoring the company’s general session — was also a point of confusion for at least one Keller Williams agent who called the timing of the announcement “awkward.”

“If he had been considering a move for ‘weeks’ then I think a decision should have been made before he represented KW at [Family Reunion],” Michael Price, a real estate agent with Keller Williams Ann Arbor wrote in a comment.

Team originally joined the company as its chief product officer before he was appointed to the role of president when the company took a bigger focus on technology. As the company’s focus continues to evolve, some agents praised Team as the right leader for the right time, but admitted it was time to move on to a new leadership regime.

A number of individuals in the space also questioned the diversity of the company’s recent c-suite shakeups, dating back to the appointment of Carl Liebert as the CEO of KWx, a newly created parent company for the franchisor.

The company announced Marc King is set to take the reins as president of Keller Williams Realty International; Matt Green, who also served with King as co-director of growth will serve as head of agent and partner experience and Jason Abrams, previously the vice president of industry, will serve as the head of industry. 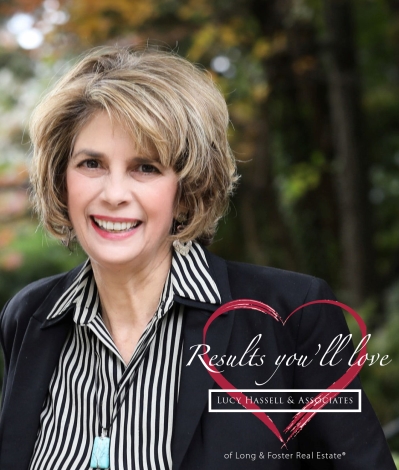 “Too bad a ‘face-lift’ at KW doesn’t include women or anyone of color,” Lucy Hassell, a Realtor with Long & Foster Real Estate in the Washington D.C. area, wrote in a comment on the Inman article about the company’s new leadership.

“That was exactly my reaction,” Nanni Jacobson, a Los Angeles-based Keller Williams Realtor, added. “Where are the women. Where is the diversity. If you want to be on the pulse and progressive it’s about time you reflect that in leadership positions and not more of the same. But I guess that goes for most real estate companies.”

In the wake of national discussions on race in the summer of 2021, Keller Williams agent leaders added “equity” to the company’s core belief system. The company’s agent leaders also added diversity, equity and inclusion committees to local leadership councils.

The goal of the regional committees is “to establish a platform for each market center to develop and promote strategies and best practices within the realms of racial, social, sexual, gender, age, disability, socio-economic and religious diversity for the betterment of Keller Williams culture,” a spokesperson said at the time.

Study: 44% Of Millennials Would Buy A Home From Photos Alone