Side, a real estate brokerage that partners with and helps brand high-performing teams and independent brokerages, has expanded into two new markets to start 2022, according to an announcement sent to Inman.

Are you receiving our weekly Teams Beat newsletter? For the latest news, insight and trends on teams, subscribe here.

Side, a real estate brokerage that partners with and helps brand high-performing teams and independent brokerages, has expanded into two new markets to start 2022, according to an announcement sent to Inman.

Lindsay Reishman, an agent in Washington, D.C., has partnered with Side in the creation of Pareto, a company billed as “a modern boutique brokerage.”

In Portland, Oregon, Side and agent Drew Coleman have formed Opt, a brokerage centered on the brand concept of offering a new “option” for buyers and sellers. Opt will work with consumers in the greater Portland metropolitan market, which includes southwest Washington.

In a March 2021 Inman report on Side’s $1 billion “unicorn” valuation, the company was described as “a white-label technology platform [that] allows agents and teams to market themselves or their brand first.”

Although Side offices operate largely as independent brokerages, it remains the broker of record. The company prides itself on letting top agents function with business autonomy but atop a technology-forward support structure.

At Inman Connect Las Vegas, Gal said that 70 percent of the transactions done today are done by part-time agents, a fact that robs consumers of the best possible experience.

“Most people don’t know that. It’s a very big secret that all the brokerages keep to themselves,” he said on stage with Inman’s Jim Dalrymple II. “The big brands act as a device to make it possible for casual agents to actually do the lion’s share of the business across the industry.”

Coleman, now of Opt, has been in the industry since 2001. The last year was quite productive for his team, which closed 340 deals totaling $175 million. Coleman was the highest-producing agent at a company that is ranked No. 1 in the Pacific Northwest for average sales volume per broker, according to the release.

Coleman said continually improving the customer experience is critical to his team, a goal that partnering with Side “makes us even better equipped to focus on,” he said. “We believe all of our clients deserve an advocate, partner and friend who puts their goals and needs first.” 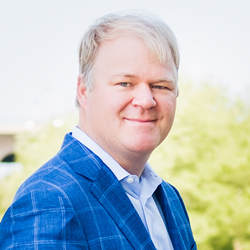 “This is the right time to introduce a modern boutique brokerage to the District of Columbia, Maryland and Virginia region,” Reishman said. “This strategic partnership ensures Pareto agents aren’t limited by the challenges that come with being small business owners.”

Side won Inman’s 2021 Innovator Award for Company of the Year.

The San Francisco company states it has represented over $25 billion in annual sales volume across all partner companies, making it a top 10 real estate brokerage nationwide by home sales volume. It was founded in 2016.

Evocalize Closes On $12M Series A Led By Move, Inc.