The statement adds that she “oversaw key initiatives including multiple acquisitions and the reverse merger of HomeAdvisor with Angie’s List.”

Cohen comes to Vacasa at a critical time. The company — which manages short-term rentals on behalf of owners, among other things — has seen rapid growth in recent years, and it currently faces a travel landscape that has seen big swings in demand during the coronavirus pandemic. By last November, CEO Matt Roberts argued that demand was surging so much that there was effectively no longer a shoulder season.

Vacasa’s statement Tuesday further noted that demand for short-term rentals has been “steadily climbing” during the pandemic. This month, the company also had its two most active days for reservations since the middle of last year.

Cohen said in the statement that she is excited to join Vacasa and “leverage my extensive marketplace experience to accelerate the strategic plan already in motion.”

“The vacation rental industry is operationally heavy at its core, and technology can play a huge role in unlocking a better consumer experience—something Vacasa has excelled at over the years and will continue to invest in,” she added.

Cohen takes over for Jim Grube, who joined Vacasa in 2019. Grube left the firm in November to pursue other opportunities, a company spokesperson told Inman. 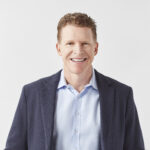 In Tuesday’s statement, Roberts said he is confident Cohen’s “experience is exactly what we need for our next stage of growth.”

“Vacation rentals are a high growth element of the sharing economy and have thrived during the pandemic,” Roberts continued. “We expect consumer preference will continue to lean heavily towards professionally managed vacation homes, which affords us a tremendous growth opportunity moving forward.”

Orchard Expands To 4 New Markets In The Southeast

Real Estate Webmasters Teams Up With RE/MAX INTEGRA In Canada