Forbes has released its much-anticipated annual Billionaires’ List, which featured more than 200 real estate executives from across the globe. Eight new real estate billionaires made their debuts this year, including Zillow co-founders Rich Barton and Lloyd Frink, and eXp World Holdings founder and CEO Glenn Sanford.

Months before taking back the reins from Spencer Rascoff in February 2019, Barton purchased 703,500 Class A Common Stock and Class C Capital Stock in Zillow Group, bringing his total shares to 15.8 million. At the time of purchase, the shares were valued between $26.95 and $28.14.

But a scorching-hot real estate market and the launch of Zillow Offers tripled Zillow Group’s price per share, which initially earned Barton $13 million in June 2019, when Zillow stock began its ascent. By February 2020, Barton’s purchase had earned him approximately $1.11 billion (15.8 million shares multiplied by the then-value of $64). 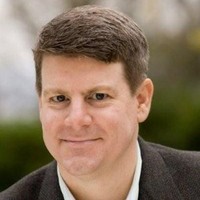 Although Zillow Group’s price per share dipped to the $35-range a few months later due to the pandemic, the real estate portal’s value has been on the upswing ever since, with the current price per share hovering between the $120 and $140 mark.

“We in the shelter business are really lucky,” Barton told CNBC, according to a Forbes article published on Tuesday. “We didn’t know, when this first hit and the fog was thick, where this was going to go. But what we’ve seen since the beginning of this thing is that people spending all this time at home seems to have driven a large amount of demand and restlessness.”

Sanford achieved billionaire status in January when eXp World Holdings issued a two-for-one stock split, which is when an additional share is given for each share held by a shareholder. After the split, eXp World Holdings shares skyrocketed by 20 percent, which lifted the company’s valuation to $6.8 billion and pushed Sanford’s net worth past $2 billion.

His ex-wife Penny’s net worth was also boosted to nearly $1.5 billion. 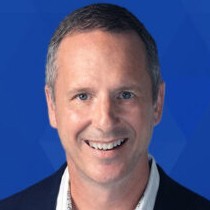 Much like Zillow Group, eXp’s shares dipped at the beginning of the pandemic, but have rebounded from as low as $4.09 per share in April 2020 to as high as $79.94 per share after the two-for-one stock split. Since then, eXp’s stock value has cooled to the $40 to $50 range.

The company experienced its best earnings results ever during Q4 2020 when eXp reported revenue of $609.3 million and a net income of $31 million. “Our value proposition resonated with agents around the world, as we seamlessly opened in five new countries and gained domestic market share in our residential and commercial businesses,” Sanford said.

For the third consecutive year, Amazon founder and CEO Jeff Bezos maintained his spot as the world’s richest man with a staggering net worth of $177 billion.

Here Are All Of Inman’s Back To Basics Stories