Rent prices are significantly higher than they were at the same time last year, rising by a nationwide 3.8 percent in January.

Rent prices are significantly higher than they were at the same time last year, rising by a nationwide 3.8 percent in January.

According to the latest  Single-Family Rent Index report from CoreLogic released on Tuesday, rent price growth remained stable from December to January. That said, the number is still much higher than it was in January 2020 pre-pandemic, when only a 2.9 percent increase was observed.

“As rising home prices persist, some prospective buyers are being priced out of the housing market, keeping many households as renters,” Molly Boesel, principal economist at CoreLogic, said in a prepared statement. “This demand for rentals will push down single-family rental vacancy rates and put further upward pressure on rent growth this year, especially as the economy continues to recover.” 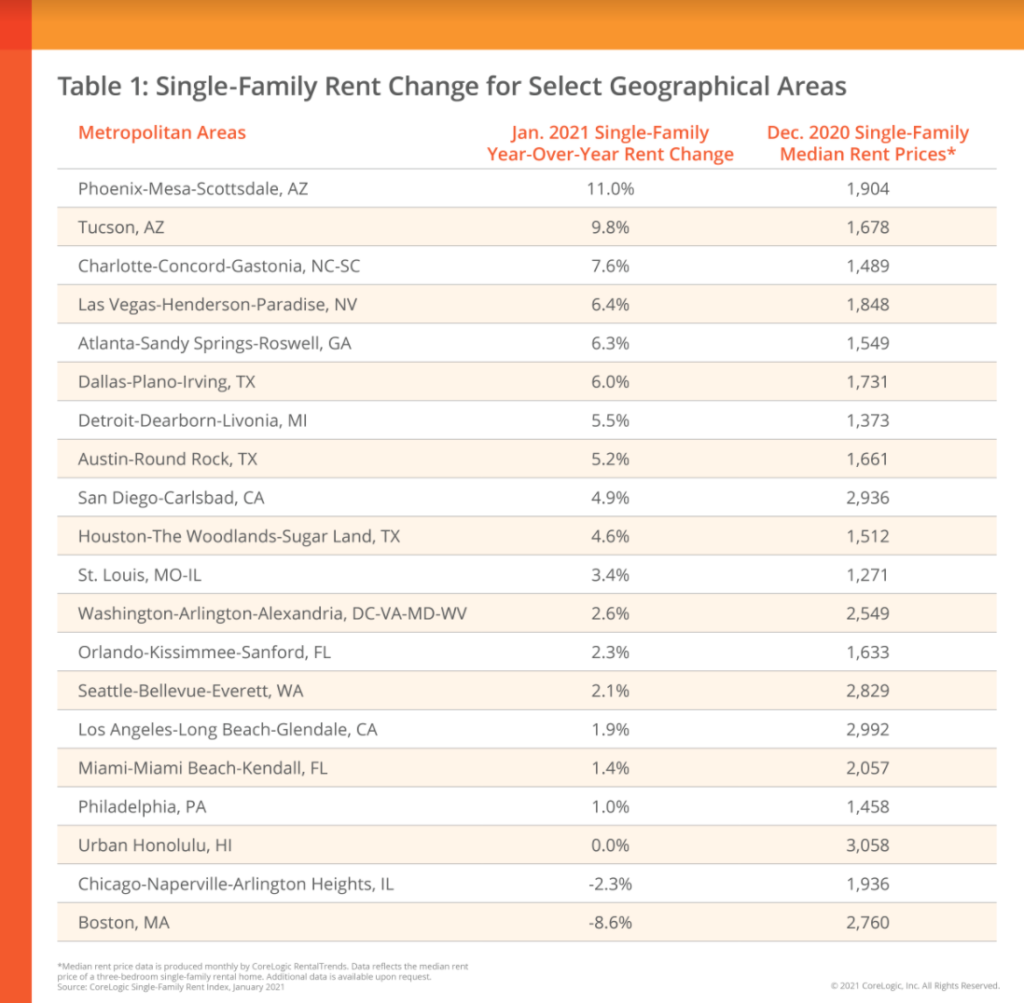 Month after month, Phoenix continues to report growth unparalleled anywhere else in the country — single-family home prices jumped 11 percent compared to last year. Tucson, Arizona and Charlotte, North Carolina, came close behind, at 9.8 and 7.6 percent, respectively, while Boston and Chicago saw its growth decrease likely due to the high numbers of students leaving the city amid college closures.

Zurich had no duty to defend in robocall case – appeals court