The dollar amount of loans distributed during the fourth quarter of 2020 was also the highest quarterly amount distributed since at least 2000.

A total of 3.51 million residential mortgages were originated during the fourth quarter of 2020 across the U.S., according to a new report from Attom Data Solutions. That number yielded a 5.5 percent increase from the previous quarter and a 48 percent increase from the year before to the highest number of residential mortgage originations in nearly 14 years.

The fourth quarter saw a flurry of buying and refinancing activity as interest rates stayed below 3 percent on most loans. During the fourth quarter alone, lenders distributed $1.06 trillion in mortgages, up 6 percent from the previous quarter and 55 percent from one year earlier to the highest quarterly amount since at least 2000. That surge in loans and dollar volume quarter over quarter was the largest gain seen during any fourth quarter since 2011.

“Lenders continued working overtime across the United States in the fourth quarter or 2020, with increases in loans and dollar volumes rarely seen during a time of year when activity normally slows down,” Todd Teta, chief product officer at Attom Data Solutions, said in a statement.

“The rising numbers left another in a long string of markers showing how the housing market has mostly avoided economic damage stemming from the virus pandemic. As with other housing market measures, the appetite for loans among homeowners and home seekers in the coming months remains uncertain, depending on interest rates and multiple factors connected to the pandemic. But the fourth-quarter data shows continued strong demand for new mortgages, especially among homeowners looking to refinance.”

Refinances made up the vast majority of loans during this quarter, at 63 percent of all home loans, up from 60 percent during Q3 2020 and up from 55 percent during Q4 2019. 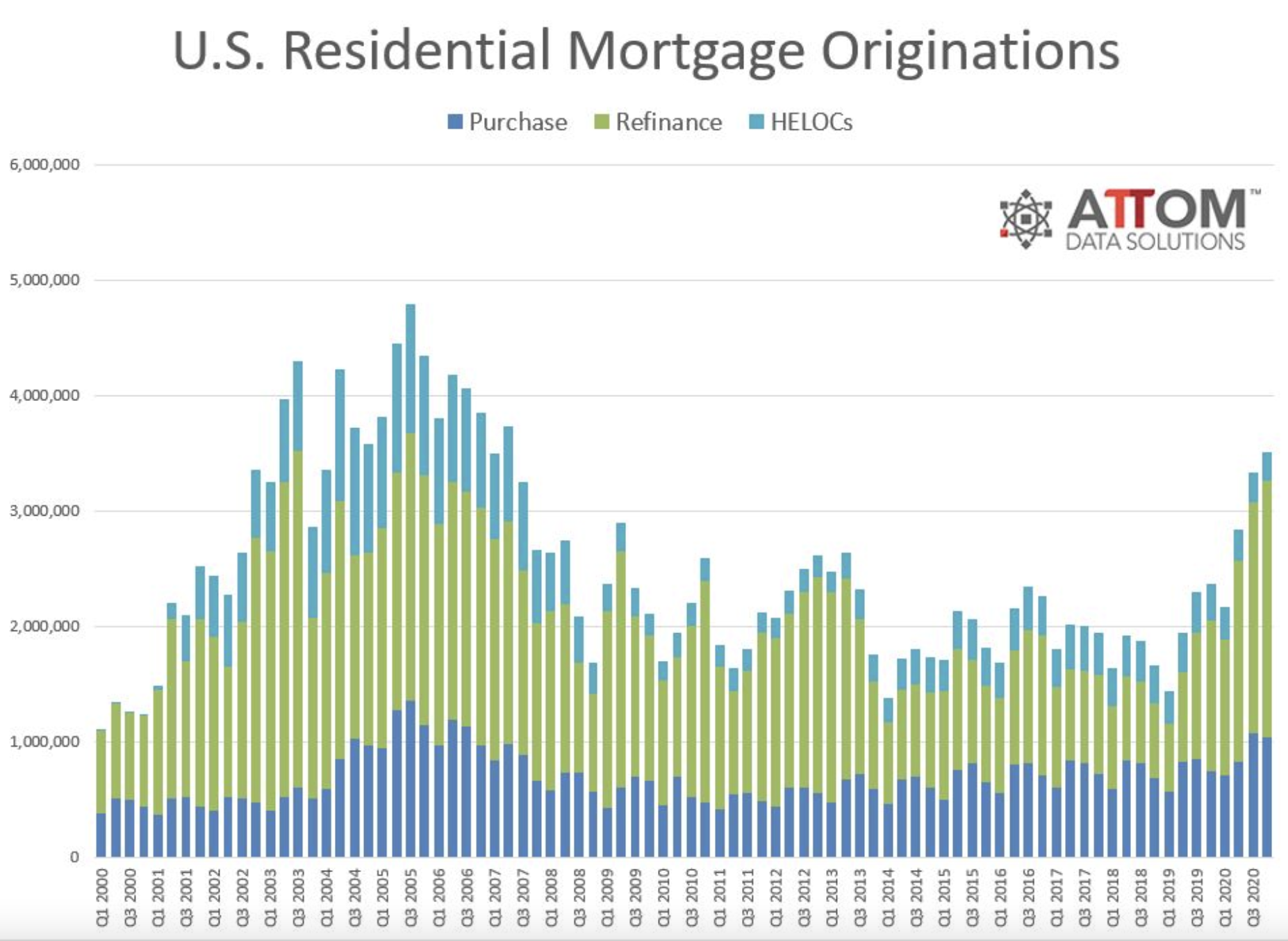 Mortgages backed by the Federal Housing Administration (FHA) and the U.S. Department of Veterans Affairs (VA) both dropped during the fourth quarter of 2020. The FHA backed a total of 362,326, or 10.3 percent of all residential property loans, down from 10.5 percent the quarter before and down from 13.1 percent in Q4 2019.

By admin
19 mins ago

Short-Term Rental Demand Soars — And Holidays Are Getting Booked Fast

Meet The Finalists For The Inman Innovator Awards 2021

5 Habits Of Agents Who Effectively Prospect the Affluent (Part 3)

Short-Term Rental Demand Soars — And Holidays Are Getting Booked Fast

Meet The Finalists For The Inman Innovator Awards 2021