In a notable departure from more common iBuying strategies, Redfin’s iBuyer program, RedfinNow, will target homes built after 1930 and costing more than $1 million in the two cities.

In a surprising move, digital brokerage Redfin announced Tuesday that it has expanded its iBuying program into two of the most expensive cities in the U.S.: San Francisco and Seattle.

In a statement, the company said the program, dubbed RedfinNow, is perfect for sellers who amid record competition “need the equity in their current home to buy their next one.” The statement goes on to note that the company’s agents have been working in both San Francisco and Seattle since 2006. Redfin’s primary brokerage service uses those agents to sell consumers homes for “a listing fee as low as 1 percent,” the statement adds, though RedfinNow goes even further by presenting homeowners with an instant cash offer to buy the home outright.

For the homes Redfin buys via RedfinNow, it makes light updates and then relists them. Tuesday’s announcement now means that RedfinNow operates in all of California’s largest metro areas. The program was also already available in parts of Colorado and Texas.

While RedfinNow’s expansion generally looks like the logical progression of the company’s running strategy, the choice to target Seattle and the Bay area are significant. Historically, iBuying has tended to focus primarily on inexpensive markets with vast numbers of relatively similar, relatively new homes. Focusing on such homes allows iBuyers to do algorithmic cost-benefit analyses, and to maintain relatively efficient workflows. It’s easier, for example, to do minor repairs on 10 homes all built in 1990 than on 10 homes built across many decades beginning in 1900, of which there are many in Seattle and San Francisco.

For those reasons, cities like Phoenix — where, according to Redfin, homes have a median sales price of $320,000 — have become hotbeds of iBuying.

By comparison, Redfin’s own data indicates homes in Seattle currently have a median sales price of $740,000. In San Francisco, the median price is $1,400,000. Those numbers are far higher than conventional iBuyer markets, meaning the stakes for Redfin in its new market will presumably be higher.

Speaking to Inman, Redfin CEO Glenn Kelman said that in addition to already having a strong market presence in Seattle and San Francisco, the company chose to expand its iBuying in the two cities because other iBuyers had so far ignored them.

“Given our strength in coastal cities we thought it was worth a try,” Kelman added.

He went on to explain that Redfin’s iBuying will probably be more active on the periphery of both cities, though the company’s “buy box” — or the type of homes it targets — will nevertheless expand in Seattle and San Francisco.

The company’s statement further explains that in Seattle, homes will be eligible for RedfinNow if they were built after 1930 and are worth up to $1.6 million. In the Bay Area, RedfinNow will focus on homes costing up to $1.5 million that also were built after 1930. That’s a notably wide buy box — again, most iBuyers focus on cheap and new homes — though it remains to be seen how many older and expensive properties will actually end up moving through the program.

Significantly, Kelman has noted many times in the past that most consumers who request a cash offer end up rejecting it. However, the hope is that those consumers end up taking advantage of Redfin’s core brokerage business.

In his conversation with Inman, Kelman said the goal is to “give people choices, and to make sure that they choose the product that’s in their best interest.”

“I just think people need to know what’s behind door number one and door number two before choosing one of those doors,” he added.

Even prior to Tuesday’s announcement, Redfin already had a pattern of expanding into somewhat pricier markets. In early 2019, the company announced that it was making cash offers on houses in the Los Angeles area. Further expansions in California took place late in 2019 and again this fall. That meant that prior to Tuesday’s announcement, RedfinNow was already operating in places like Orange County, L.A. and San Diego — all generally expensive places.

Even so, San Francisco is routinely ranked as the most expensive housing market in the U.S., meaning it should serve as a kind of proving ground to see how well iBuying operates at much higher price points.

Tuesday’s announcement is also significant because there was one point in 2020 when iBuying generally faced a somewhat dubious future. As the coronavirus pandemic spread across the U.S. in March, Redfin announced that it was suspending RedfinNow. Rival Zillow made a similar announcement around the same time, and both moves were part of a brief period of pandemic-induced chaos in the housing market.

However, by May both Redfin and Zillow had resumed their iBuying programs as the housing market roared back to life. 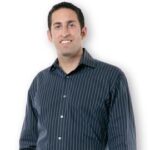 “Every homeowner wants to know what they could get for their home from an instant sale and compare it to listing on the open market,” he said. “Even for customers who start by requesting a cash offer, many end up selling their home with a real estate agent.”

Join us for the big reveal next week

By admin
57 mins ago