Scott Nagel, Redfin’s president of real estate operations who for nearly 14 years has helped grow the company into an online behemoth, plans to retire in April of 2022.

Redfin announced Nagel’s retirement Thursday, explaining that as part of the transition he will assume the role of president of strategic initiatives next month. Nagel will remain in that position until his departure next year. Redfin’s current Chief Growth Officer Adam Wiener will take over as president of real estate operations when Nagel moves into his new job.

In a statement, company CEO Glenn Kelman praised Nagel, saying they had been friends for 14 years as Redfin grew “from a few hundred thousand dollars in sales to nearly a billion.”

“Scott was the one who taught Redfin that the only way to love our customers was to love the people who serve our customers,” Kelman said. “He embraced the awesome responsibility of bringing in the bacon for a cash-strapped company, while still insisting that customers come first. And he was the one who gave our everyone-sweeps-the-floors culture a twinkle of humor: Whenever execs puffed out our chests, Scott loved to point out the banana peels under our feet. We’ve been lucky to have him this long.”

Nagel joined Redfin in 2007, when the company was just three years old. The firm currently lists him below only Kelman himself in the management structure. Nagel’s bio on Redfin’s website notes that he is responsible for “revenues, customer service and legal compliance.” During his time at Redfin, the company has rapidly expanded its unique agents-as-employees model and launched an iBuying program, among many other things. 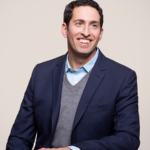 Wiener, who will take Nagel’s spot, has served in a variety of leadership roles at Redfin over nearly 14 years. He has been chief growth officer for nearly six years.

In his statement Thursday, Kelman had high praise for both leaders.

“Adam’s understanding of our people, data and systems will let us move fast on decisions that span our software and our service,” Kelman said. “With Christian, we’re elevating marketing to report directly to a senior executive who has produced massive Redfin.com traffic gains; he has the technical expertise to make digital ads even more effective, and the appetite for risk to make a huge splash with mass-media advertising. It’ll be exhilarating to see what these two can do when given more room to run.”

NAR Claps Back On Commission Attacks