The partnership will give thousands of Canadian agents discounted access to REW’s new Renaissance platform.

Morgan Carey, REW’s chief executive officer, told Inman the deal with RE/MAX INTEGRA has been long in the works. It was announced internally to agents Monday, and Carey said he immediately began getting “hundreds and hundreds of inquires about the product.”

However, RE/MAX INTEGRA agents will now have a handful of discounts. For starters, REW will charge Canadian agents in Canadian dollars, rather than U.S. dollars as it normally does. Depending on the exchange rate, that could amount to as much as a 25 percent discount, Carey said.

REW will also waive a $5,000 set up fee for RE/MAX INTEGRA agents. Additionally, REW has set up a dedicated support network to exclusively serve RE/MAX agents, as opposed to the more generalized support that it provides to all customers.

RE/MAX INTEGRA describes itself as a “privately-owned company within the RE/MAX umbrella.” It has 40,000 agents in more than 35 countries, though the new deal with REW applies only to agents in Canada.

Carey founded REW in 2004, and the firm is based in British Columbia, Canada.

The companies did not disclose additional financial details about their new deal.

RE/MAX of course own the booj platform, which is meant to be an end-to-end software solution for its agents. Asked about booj, Carey praised the system and said that partnering with REW doesn’t mean RE/MAX is now using competing technologies. Instead, he said that some agents and teams are “always going to want more than the franchise can offer,” adding that systems like REW’s Renaissance can be especially useful to professionals at the top of the industry. 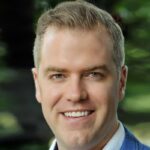 In a statement, RE/MAX INTEGRA Chief Strategy Officer Christopher Alexander expressed excitement about the new deal, saying REW has “some of the biggest and best” technology of its kind.

“We are excited to offer our brokers and agents this preferred pricing structure and access to the Renaissance platform,” he continued, “which will give those who take advantage the ability to generate more leads to their websites and provides a great CRM to help manage them.”

By admin
2 mins ago