MetaProp, a venture capital firm that has invested in high-profile real estate companies such as Side and Spruce, announced today that it has raised $100 million.

The new money makes up MetaProp’s latest seed fund, dubbed Fund III, meaning it will be used to invest in early-stage companies. A statement from the firm explains that this the third time MetaProp has created a fund for investing in other companies. The second fund was announced in 2018 and included $40 million — making this latest fund more than two and a half times larger.

Zach Aarons, a general partner and c0-founder at MetaProp, noted in the statement that the new fund is being announced when property technology “is increasingly important during these COVID-19 pandemic times, the associated
global economic recovery, and workers going back to the office.”

“Real estate practitioners have changed the way they value technology and innovation,” Aarons continued. “What was previously a ‘nice-to-have’ has turned into a ‘must-have,’ especially for multinationals and regional industry leaders.”

Aarons, along with Aaron Block, founded MetaProp in 2015. Since then, the firm has invested in more than 130 early-stage startups that focus on technology and property. In addition to Side and Spruce, MetaProp has also previously invested in Bowery, Briq, HqO, VergeSense, and Morty, the statement notes.

MetaProp has also already disbursed some of the money from its new Fund III to companies including Proper.ai, Ergeon, GoFor, and others.

The firm’s statement Monday explained that this latest fund was ultimately “oversubscribed,” meaning it generated more interest and investment than MetaProp had initially anticipated. The statement also notes that the fund received investments from companies based in North America, Europe, the Middle East, Asia, and Latin America. Some of those companies include CBRE, Cushman & Wakefield, JLL Spark, Development Bank of Japan, PGIM Real Estate and many others. 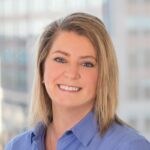 In the statement, Sara Shank — PGIM’s head of innovation — observed that “technology is rapidly disrupting real estate and will be transformative to our industry for years to come.”

“As an important part of scaling our own global innovation strategy,” Shank added, “our partnership with MetaProp accelerates our ability to stay ahead of the curve in technology advancements and identify the likely winners among the myriad of PropTech start-ups.”

From Olympic hopeful to CSO at Marsh & McLennan Agency