Though it remains unclear what Cardone will be doing with eXp Realty, he did recently promise to add “nitro” to the brokerage’s already successful strategy.

Grant Cardone — a high-profile real estate investor, sales trainer and reality TV star — is teaming up with virtual brokerage eXp Realty in some capacity, though most details of the relationship remain under wraps.

However, the app does not record or publicly preserve conversations, meaning Inman was not able to review precisely what Cardone may have said on Clubhouse about his relationship with eXp Realty.

Nevertheless, on Sunday a video appeared on a YouTube channel called “Digital Real Estate Agents.” The video shows clips from a Zoom-style conversation between Cardone and Sanford. During the conversation, Cardone repeatedly praises eXp Realty and says he’ll be on stage at his company’s conference “disseminating eXp.”

“Glenn, we’re going to 10X eXp, I’m telling you,” Cardone continues, referring to his promise to “10X” the business of those who use his strategies.

Cardone goes on in the video to reference behind-the-scenes conversations he has had with Sanford, and says he’s excited about “doing this with you.” Cardone additionally talks in the video about applying his strategies “on top” of eXp. And he says of the brokerage that “we’re going to throw that last little bit of nitro on it.”

At another point in the video, Sanford references behind-the-scenes conversations and says the two men have been working on a “terms sheet,” as well as on some form of collaboration. 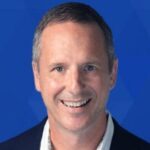 “You and I are going to do some things together,” Sanford also says in the video, adding that a potential team-up would benefit his company’s agents.

However, neither Cardone nor Sanford goes into detail about what their relationship might entail. It was not immediately clear when exactly the conversation took place, and Inman has reached out to the owner of the YouTube channel that posted the video.

In an effort to understand what exactly is happening, Inman reached out to both Cardone and eXp Realty. A spokesperson for eXp Realty replied that the company is still working on details, but that Cardone and his wife Elena “are excited to get started” and make an announcement to their community.

Cardone’s spokesperson did not provide any additional details, saying only, “stay tuned.”

The lack of details, however, did not stop a wide ranging discussion — much of it celebratory — about the apparent new relationship between eXp Realty and Cardone. By Monday, posts about the apparent relationship had spread to Instagram, Medium, Twitter, YouTube and various other online platforms. Some of the posts welcomed Cardone, while others noted that stock in eXp Realty’s parent company has surged in recent days.

Though it remains to be seen what exactly comes from Cardone’s involvement in eXp Realty, what is clear is that the brokerage has been on a role of late. Over the last year the company’s stock has risen from trading at less than $7 per share to more than $150 per share.

And in January, when asked about the future, Sanford said “we’re just scratching the surface.”

By admin
38 mins ago

Home Tours Plummeted By Half This Year In Western States

Are “cat loss” policies an answer to weather insurance woes?