Just two months after Chicago-based brokerage @properties launched its first franchise, the company has expanded its empire yet again, this time with a new office led by veterans from RE/MAX and Berkshire Hathaway HomeServices.

The new @properites franchise — the second for the company — will be located in La Crosse, Wisconsin, according to a statement. Ryan Wessel, who had been with Berkshire Hathaway Home Services North Properties, and Bill Favre, formerly of RE/MAX Results, will lead the new franchise and combined their teams to create an office of eight people. The franchise has been operating since the middle of March, but is holding an official launch on Thursday.

“We have seen our market evolve and become much more sophisticated in recent years,” he continued, “and we have been looking for a solution to meet our clients’ always-increasing expectations. We have found it in @properties.” 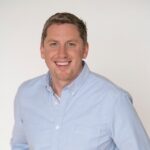 Favre added in the statement that “with our team and @properties, homebuyers and sellers are going to experience the best marketing and technology in the local industry, as well as enhanced service throughout the transaction.”

Founded in 2000, @properties has taken a tech-forward approach to real estate and has grown to become a major player in the Midwest. The company announced in September that it planned to launch a franchise brand, with co-CEO Thad Wong saying franchisees would benefit from @properties’ technology platform, marketing abilities and scale, among other things.

The company announced in February that Detroit-based Alexander Real Estate would become the first @properties franchise.

In @properties’ statement this week, the company said that both Wessel and Favre are top agents in their area and that their teams did a “combined 380 real estate transactions for a total of $85 million in closed sales volume” in 2020. “Their goal is to double those figures in 2021 behind the technology, marketing, and agent-support systems of @properties,” the statement adds.

Wong also praised the duo in the statement, saying that they are “two local entrepreneurs who came along and set a new standard.”

March Was The Hottest Month In U.S. Housing History