The number of sellers who choose to cut their listing price has dropped by a third over the last year, but a Zillow report found that if the price is dropped at the right time, sellers can net $15,000 over ask.

Fewer homes are cutting their prices in this year’s seller-dominated market, but those that do make price cuts are making them quick and deep, sometimes making a greater profit than they might otherwise, according to a report from Zillow.

Only 8.5 percent of listings on Zillow in March 2021 underwent a price cut, down from 12.2 percent the year before. Typically, homes were on the market for at least three weeks before undergoing a price cut — as of January, the typical U.S. home was on the market for 25 days before its price was lowered, four days fewer than in January 2020.

Out of the top 50 metro areas, home prices were cut fastest in Salt Lake City (after about 15 days) and slowest in Miami (after about 35 days).

In general, homes are also selling faster after price cuts than in prior years. Nationally, the typical home that underwent a price cut in January was pending after 19 days, down from 25 days the year before. And homes are making larger price cuts — a typical first price cut made to a home in January was 3.3 percent of the home’s asking price, up from 3.1 percent the previous year.

In more affordable Midwestern markets, price cuts have been more frequent in lower-priced homes where sellers may be getting a bit over-excited about the heat of the market, and as a result, are pricing their homes higher than the market will accept.

But once they realize the home isn’t priced right, they often end up responding with substantial discounts. For instance, Zillow found that the typical price cut on least-expensive homes in Cleveland was 6.9 percent of the initial asking price, compared to 4.4 percent on the market’s priciest homes.

But what’s interesting is that, according to Zillow’s findings, once an initial price cut is made, and if it’s done within the first 15-30 days of listing, sellers can expect to ultimately net about $15,000 over their asking price, as a result of renewed interest driven by the price cut and ensuing bidding wars. In increasingly popular Midwestern markets, a price cut made to a home within 15-30 days of listing typically results in the home selling for $20,000 above the original asking price.

Inman checked in with agents across the Midwest, and some indeed said they’d seen price cuts on listings in recent weeks that they thought were likely the result of sellers getting a little too overconfident, or maybe a bit too greedy.

“There are homes that have been on the market two or three months and in those situations it’s quite obvious that they’re priced too high and they should make a price reduction,” Austin Black II, broker and president of City Living Detroit, told Inman. “And I think in those situations, either the seller or the listing agent have been way too aggressive on the list price to begin with. And when I say aggressive, when you look at these homes that I’m mentioning, I’m looking at the comps and there’s nothing that supports those comps. It’s a huge gap between what the comps are supporting and what they’re asking.”

Sherri Griggs, a Realtor at the Hinkel Team at Keller Williams in Omaha is also seeing more price reductions. “I don’t know if it’s so much a [market] shift as it is people getting greedy,” she told Inman.

Griggs added that a price reduction typically will help those homes that have been sitting on the market get some attention, but in her area, at least, buyers who see that the home’s been on the market for more than two weeks are skeptical about why it hasn’t sold. That skepticism can also deter buyers from looking at a home altogether, even if they do see an attractive price cut. 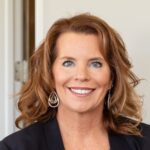 “Most likely, [sellers] probably aren’t getting as much [money] as they would have had they listed properly to begin with when they could get a large number of people in and multiple offers,” Griggs said. “Now they’re getting people in that are like, ‘What’s wrong with this? Why has this been sitting for so long?’”

Although Black and Griggs have seen more price cuts on listings lately, neither said they’d seen a situation where those cuts spurred bidding wars or escalating prices — not yet at least.

But, Griggs said she could easily envision a scenario where that might happen on an initially overpriced listing, and that buyers’ agents, rather than waiting for price cuts and a hoard of other competing buyers to follow, should be proactive about making offers below asking price on those listings with their buyers.

“The trick is, for agents with buyers, is to start looking at the overpriced [listings] before they lower where they need to be and you end up in a bidding war,” Griggs said. “Because you could get the house, and be the only offer they had [and] get it for less. Why wait? And all they can do is say no.”