Each year, wildfires seem to ravage the West Coast with more intensity. According to ClimateCheck, a platform that provides property climate change risk to users, wildfires will only get worse in coming years, with 9.3 million acres burning nationally each year through 2050.

Placer County, which is northwest of Sacramento, California, has the highest wildfire risk in the country, tied with Chelan County, Washington. The typical property in the county ranks at a wildfire risk of 98 out of 100 with a projected 64,000 acres to burn there per year by 2050. However, Placer County’s population has grown almost 7 percent in recent years, putting it among the tenth percentile of fastest growing counties.

In greater Salt Lake City, several counties are experiencing similar phenomena, where wildfire risks are pushing the high end of ClimateCheck’s risk ranking, but people are moving there in increasing numbers. In Weber County, the fire risk is 97, but the population has grown nearly 6 percent in recent years. Similarly, Morgan County, which has a fire risk of 95, has grown by 17.5 percent in recent years. Salt Lake County, too, has a fire risk of 88, but the population has grown by almost 7 percent recently.

Skylar Olsen, economic advisor to ClimateCheck, noted that many people are drawn to areas with a high risk of wildfire because those areas are also often more affordable or provide greater space in which to spread out. 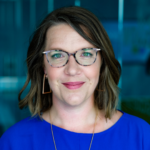 “There are many reasons people continue to run into the fire,” Olsen said in a press release. “Whether pushed to the periphery by affordability concerns or pulled there by the value of space, a more natural world and a lower pace, many are attracted to more rural areas for affordable options outside of large- or medium-sized cities with job availability.”

Olsen added that proper planning and land management would be key in the future, in order for people to continue moving to and living in these areas safely.

“But more growth in these areas won’t stop wildfires — building into the wildland urban interface will put more homes and people at risk. Prudent zoning measures and strategic property and forest management are a must as climate change will continue to bring more serious wildfire seasons to the Western U.S. more often.”

ClimateCheck pulls data from hundreds of governmental and academic sources to provide risk ratings for flood, storm, fire, heat and drought for individual homes and combines these rankings to create an overall risk rating for climate hazard for five to 40 years into the future.

Disclosure: ClimateCheck CEO Cal Inman is the son of Brad Inman, the founder and chairman of Inman Group. Inman Group is not affiliated with ClimateCheck.

How to Make Small Talk (and other advanced social skills)