Axay Parekh was removed from his post as OAR’s president on Tuesday for cause.

The Oklahoma Association of Realtors (OAR) President, Axay Parekh, was removed from office during a special board meeting called to order on Tuesday, May 11th, according to an announcement sent to all Association members and forwarded to Inman.

On Wednesday, Inman received an anonymous tip that the Association’s president had been impeached for “slurs.”

A member of the board who wished to remain anonymous confirmed to Inman later that day that Parekh had indeed been removed from office for “cause” and in accordance with the Association’s bylaws. They did not elaborate on the exact cause of Parekh’s removal, but noted that the special meeting was called to order specifically to determine whether or not he would remain in office.

The notification sent out to all Association members noted that, due to a constraint in the bylaws, once a president of OAR is removed from office, they become Immediate Past President, a “bylaws-structured role on the Leadership Team and Executive Committee.”

With Bladown immediately adopting the presidency, OAR’s President-Elect position remains open, and the Association’s Nominating Committee has 45 days from its date of vacancy to appoint a replacement.

Parekh was elected president in October 2020 and took office in January 2021. He has served on a number of OAR and National Association of Realtors (NAR) committees and councils over the years, including NAR’s Multicultural Real Estate Leadership Advisory Group and its 2019-2021 Board of Directors.

Read OAR’s notice sent out to association members in full below: 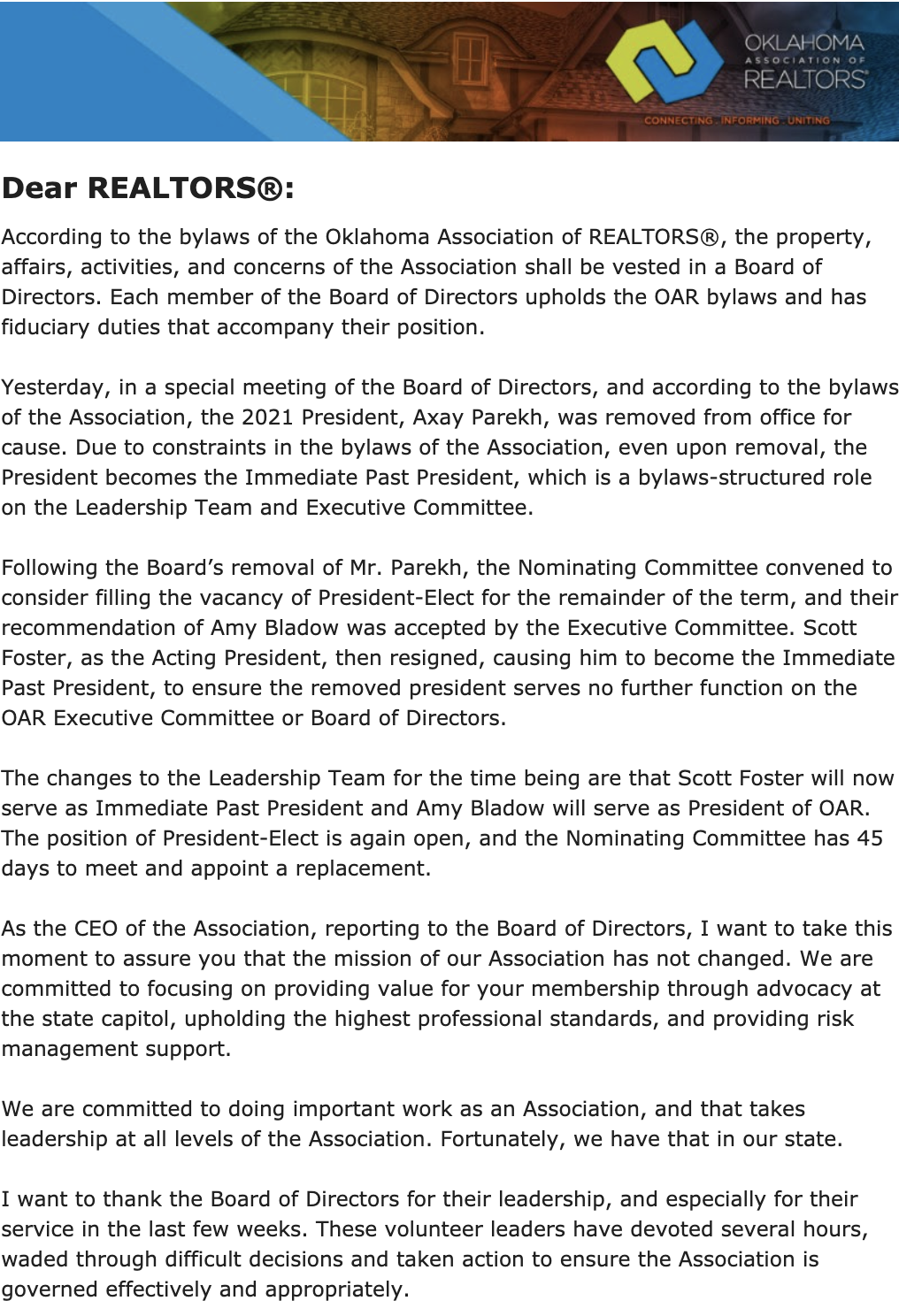 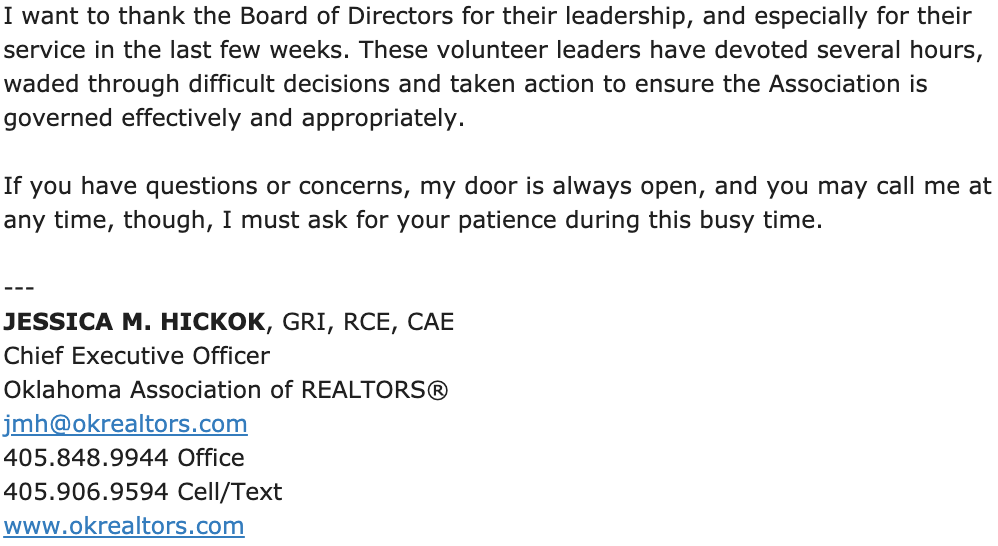