Technology veteran Larry D’Angelo has been tapped to be Notarize’s first-ever president and CCO. D’Angelo will help lead the company’s 2021 growth strategy.

Digital notary startup Notarize has hired Larry D’Angelo as its first-ever president and chief commercial officer, according to an announcement on Thursday. D’Angelo has been on Notarize’s board of directors since 2019 and will begin his duties as president and CCO immediately.

“I’ve watched Notarize’s trajectory over the years, first as an observer, then as a board member as the team pioneered and defined the category and built a far better, simpler solution to the incumbent experience,” D’Angelo said in a prepared statement. “Digital transformation is well underway across almost every category you can think of, and demand for the technology platform Notarize pioneered has never been greater.”

Before his position at Notarize, D’Angelo served as cloud-based software company LogMeIn’s Chief Sales Officer. By the end of his tenure, LogMeIn became the world’s seventh-largest software as a service (SaaS) company with a revenue of $1.3 billion.

In an emailed statement to Inman, Notarize CEO Pat Kinsel said the company launched an outside search for the new president and CCO, but he and his team quickly realized they had the perfect candidate already within their ranks. 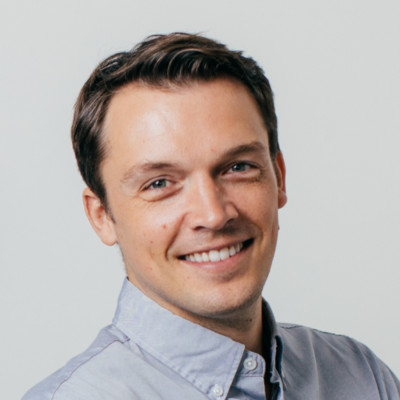 “There’s been a number of accomplished executives interested in the business, category, and platform we’re building at Notarize, but ultimately, it was the combination of Larry’s existing intimate knowledge of our business and his experience leading numerous startups and corporate divisions through various stages of growth that made him the perfect person for the role,” Kinsel said. “You cannot replicate the kind of success and knowledge Larry has from his years leading LogMeIn, the 7th largest SaaS company in the world, and when you couple it with his creativity and thoughtfulness, it was a true fit on all levels.”

Kinsel said the need for a president and CCO became apparent last year when the company experienced explosive growth, as the coronavirus pandemic and shelter-in-place measures further pushed the “rapid digitization of industries,” including real estate.

“After our overall business grew nearly 700 percent in 2020, Notarize had a front-row seat to the rapid digitization of industries, especially the real estate industry, which saw 826 percent growth year-over-year,” he explained. “The rapid digitization of both real estate and many other industries isn’t slowing down — it’s only accelerating, so in order to meet our customers and partners at this moment, we felt it was time to add Larry D’Angelo, and his immense experience, to the team.”

Kinsel said Notarize plans to build off of last year’s momentum by advocating for state and federal laws that will expand online remote notarization availability, completing Notarize’s integration into Adobe Sign, and expanding its subscription options.

With that in mind, Kinsel said Notarize will be expanding the Notarize for Business platform so companies can onboard their own notaries. For companies with multiple branches, the upcoming Notarize for Enterprise platform will allow them to manage all employee notaries from one account.

Lastly, Notarize is focusing on growing the user base for Notarize for Mobile – Partner Edition, which enables Realtors, title agents, loan officers and mortgage brokers to track and join digital closings on the go.

“We’ll be building on the immense growth from 2020 on both the legislative front and with partners and the key categories we serve real estate is an immense focus for us and one that benefits greatly from digitization and the infusion of trust and identity verification in the process, as does financial services, auto, and other B2B businesses,” Kinsel added.