Flagstar Bancorp Inc., a top 20 mortgage lender that does business nationwide, is merging with the nation’s largest thrift, New York Community Bancorp Inc., in a $2.6 billion deal will give the combined company nearly 400 branches in nine states.

Flagstar Bancorp Inc., a top 20 mortgage lender that does business nationwide, is merging with the nation’s largest thrift, New York Community Bancorp Inc., in a $2.6 billion deal will give the combined company nearly 400 branches in nine states.

New York Community’s president and CEO, Thomas R. Cangemi will lead the combined company, which will be heaquartered in Long Island, New York. Cangemi called Flagstar “a like-minded partner” that will provide a “diversified revenue stream, an improved funding mix, and leverage our scale and technology, as we transition away from a traditional thrift model.”

The merger will “allow each of us to continue our transformation to a full-service commercial bank by broadening our product offerings while expanding our geographic reach with no branch overlap,” Cangemi said in a statement.

Flagstar is based in Troy, Michigan, and operates 158 branches in Michigan, Indiana, California, Wisconsin and Ohio. The combined company will continue to use the Flagstar Bank brand in the Midwest. 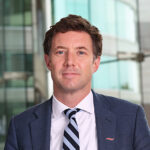 Flagstar provides home loans through a wholesale network of brokers and correspondents in all 50 states, plus 87 Flagstar and Opes Advisors retail locations in 28 states. Flagstar’s Lee M. Smith will continue to lead the mortgage division of the combined company as senior executive vice president and president of mortgage.

The merger could present an opportunity to provide mortgage loans to New York Community’s customers, who are currently referred to Freedom Mortgage Corporation.

New York Community built an in-house residential mortgage business through its 2009 acquisition of a failed thrift, AmTrust Bank. But it sold that business — including $500 million in mortgage assets and more than $20 billion in mortgage servicing rights — to Freedom Mortgage in 2017.

Flagstar Bank was the nation’s 14th biggest mortgage lender in 2020 by dollar volume, according to an iEmergent analysis of data submitted to federal regulators. In the company’s most recent annual report, Flagstar said it originated $48.3 billion in mortgages last year, including $6.9 billion in jumbo loans.

Most of that business — $22.9 billion — was purchased through the correspondent channel from unaffiliated banks or mortgage companies operating in all 50 states. Flagstar’s 141 retail locations in 28 states accounted for another $14.4 billion in loans, while a network of 1,400 mortgage brokers brought generated an additional $11 billion in home loans.

At the end of 2020, Flagstar had 5,214 full-time equivalent employees, while New York Community reported its workforce included 2,948 employees, including 1,635 retail employees and 1,313 back office employees.

According to analysts at S&P Global, bank mergers and acquisitions rebounded during the last quarter of 2020, after a pandemic-induced slump. There were 50 deals announced in the last three months of the year, including PNC Financial Services Group Inc.’s agreement to acquire BBVA USA Bancshares Inc. for $11.57 billion, and Huntington Bancshares Inc.’s agrement to acquire Detroit-based TCF Financial Corp. for $5.92 billion.

Mat Ishbia And His Journey To Become A Top Mortgage Executive