The median multifamily rent increased 2.5 percent in May, according to Yardi’s latest rent report. West Coast markets experienced the greatest increases as buyers hold off on the homeownership plans.

The multifamily rental market has rebounded to its pre-pandemic performance, according to Yardi’s national multifamily report released on Tuesday. The median multifamily rent increased 2.5 percent year over year in May — the same rate of growth in March 2020 before the first set of lockdowns.

“Nationally, there is little weakness left in the multifamily sector,” the report read. “[Annual] rent growth is back to pre-pandemic levels, and rents on a dollar amount basis increased the most in a single month in the history of our data set.” 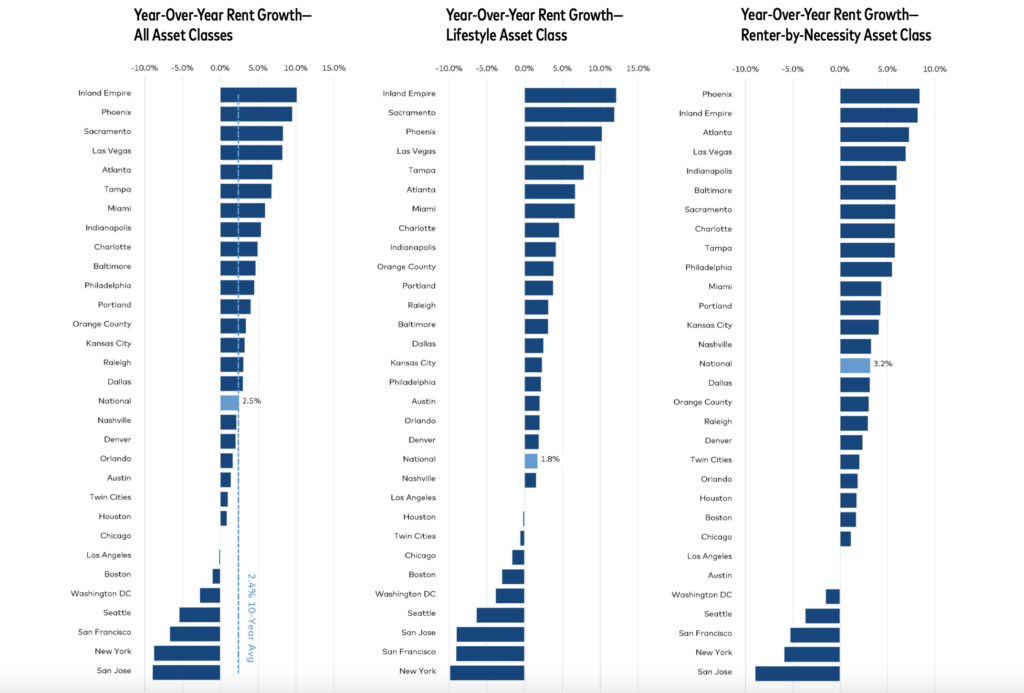 The Inland Empire (18.3 percent) led the pack once again in single-family rent growth. Phoenix (15.3 percent) and Denver (13.5 percent) rounded out the top three, which Yardi said is a result of “migration and competitive housing markets pushing more people to rent.”

“The pandemic has fueled even more demand, and new institutional investors are pursuing the sector every day,” the report read. “The current constraints to purchase a home coupled with demand for more space is fueling strong rent and occupancy growth across metros.” 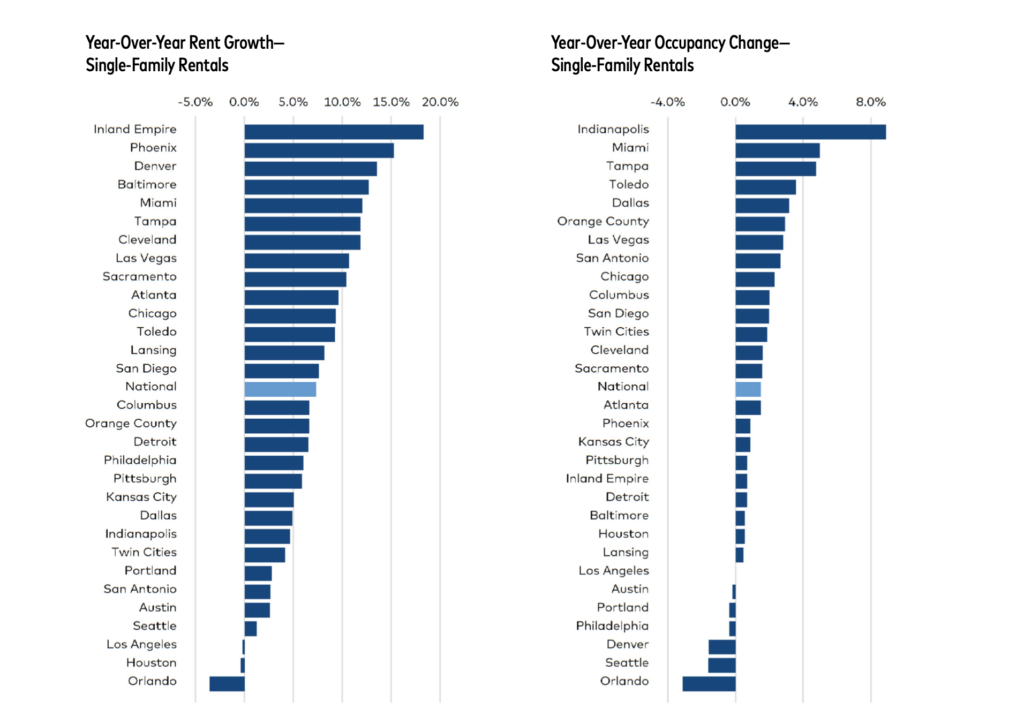 “The largest drivers of the tech listings in Seattle are Amazon, Salesforce and Facebook,” the report explained. “Depending on how each company’s stance on remote work evolves, the strong tech hiring may not translate to a strong multifamily market as it has in the past.”

An improving employment market will lead to increased multifamily rental demand, Yardi explained, with markets across the South, Midwest and West standing the most to gain.

“Tenant demand for multifamily has been extremely strong this year, especially in gateway markets that struggled with an exodus of renters in 2020,” the report said. “Demand year-to-date is led by fast-growing metros including Dallas (8,200 units absorbed), Miami (5,700), Atlanta (5,400) and Phoenix (4,600).”

“As a percentage of stock, leading markets include Nashville (2.1 percent of stock), Miami, Charlotte and Chicago (all 1.9 percent),” it concluded.