The new version of MoxiPromote will include new ways for real estate agents to market to consumers and generate leads.

Real estate technology startup MoxiWorks is relaunching its digital advertising tool MoxiPromote, adding more tools for agents who want to reach consumers via their marketing, it was announced Tuesday.

MoxiWorks first launched MoxiPromote in 2017. The tool allows agents to advertise on platforms such as Google, and according to a company statement is designed to simplify “the sophisticated process of digital advertising.” Among other things, the newly relaunched version of the tool includes more ad blueprints users can use. Those blueprints include options specifically designed for Facebook.

The relaunched tool can also be specifically used to run ads for listings, agents, or to generate leads in other ways. And it can auto-fill information for agents running ad campaigns, and it can pull data from both multiple listing services and other MoxiWorks products.

In the statement, Jim Smoak — MoxiWorks senior director of product management — said the “new upgrades to MoxiPromote will give agents an even easier to use, sleeker and more intuitive platform for advertising their listings, their offices, or themselves.”

The statement goes on to tout MoxiPromote’s distribution of resources, noting that “with every dollar spent on ads, more than 50 percent is applied directly to media spend on their selected channels.” The statement argues that this is more than some other competitors.

MoxiPromote also doesn’t have minimum spending limits, meaning users can devote as much or as little money to marketing campaigns as they want. 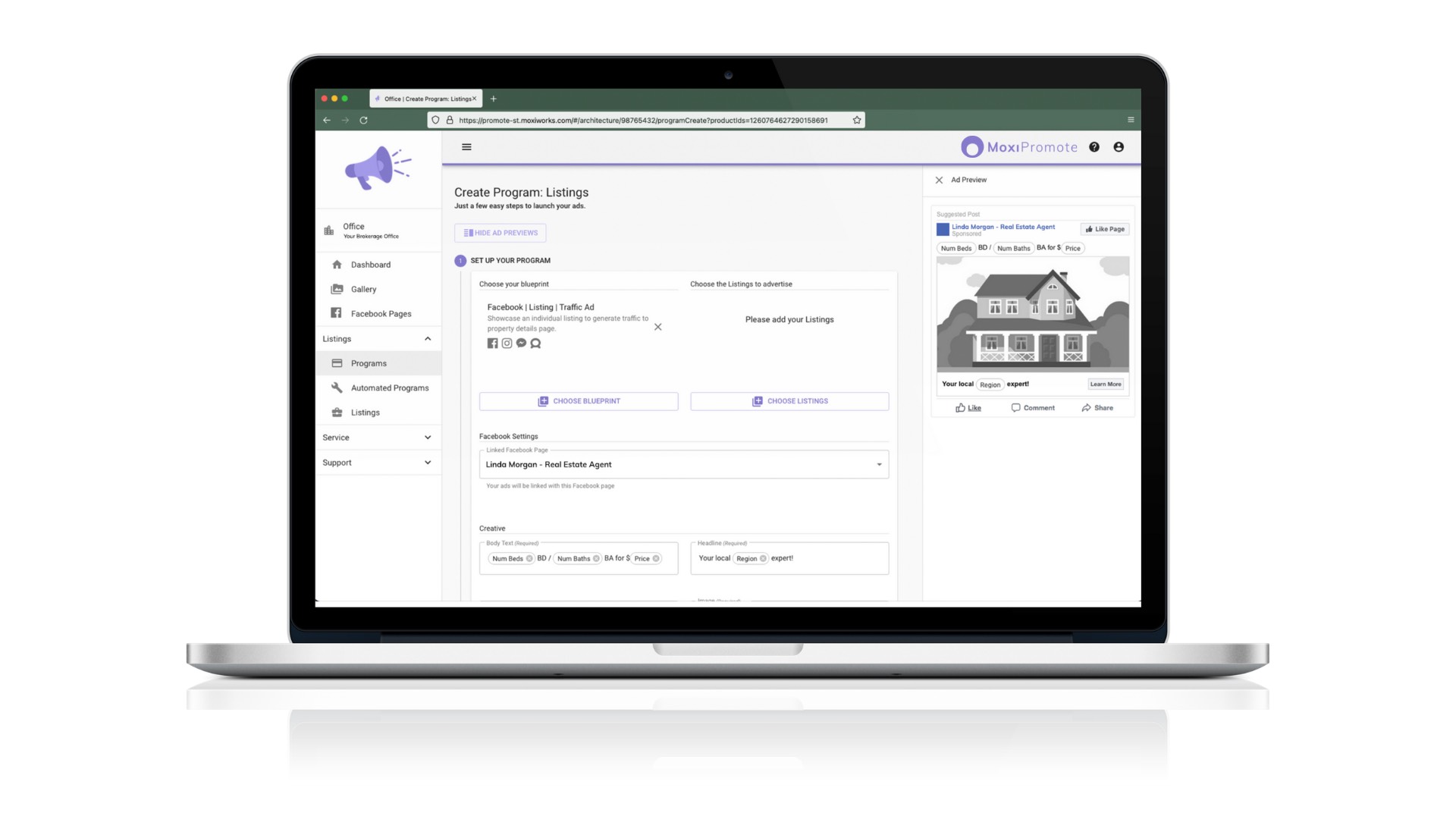 The MoxiPromote tool as seen on MoxiWorks’ platfrom. Credit: MoxiWorks

The relaunch of MoxiPromote comes at a time of growth for MoxiWorks. In October, for example, the company acquired back office tech firm reeazily, and beefed up its CRM with new communication tools. Earlier in 2021, MoxiWorks also teamed up with Realogy.

The relaunched version of MoxiPromote will presumably be a part of maintaining the company’s growth. Tuesday’s statement notes that the tool helps agents by saving them time and expanding their reach.”

Smoak added in the statement that his company is “committed to supporting brokers and agents by not nickel and diming them, but by offering an advertising solution that gives you a bigger slice of the pie.”

Rocket Shuffles Leadership And Repositions As A Fintech Platform