The number of mortgage loans in forbearance stayed constant from the previous week at 5.54 percent, during the week ending November 29, 2020, according to the Mortgage Bankers Association’s (MBA) weekly forbearance and call volume survey.

“After two weeks of increases, the share of loans in forbearance was unchanged for the week that included Thanksgiving,” Mike Fratantoni, senior vice president and chief economist at MBA, said in a statement. “A small decline in forbearances for GSE loans was offset by increases for Ginnie Mae and portfolio loans. While new forbearance requests declined for the week, exits slowed to a new low for the series.” 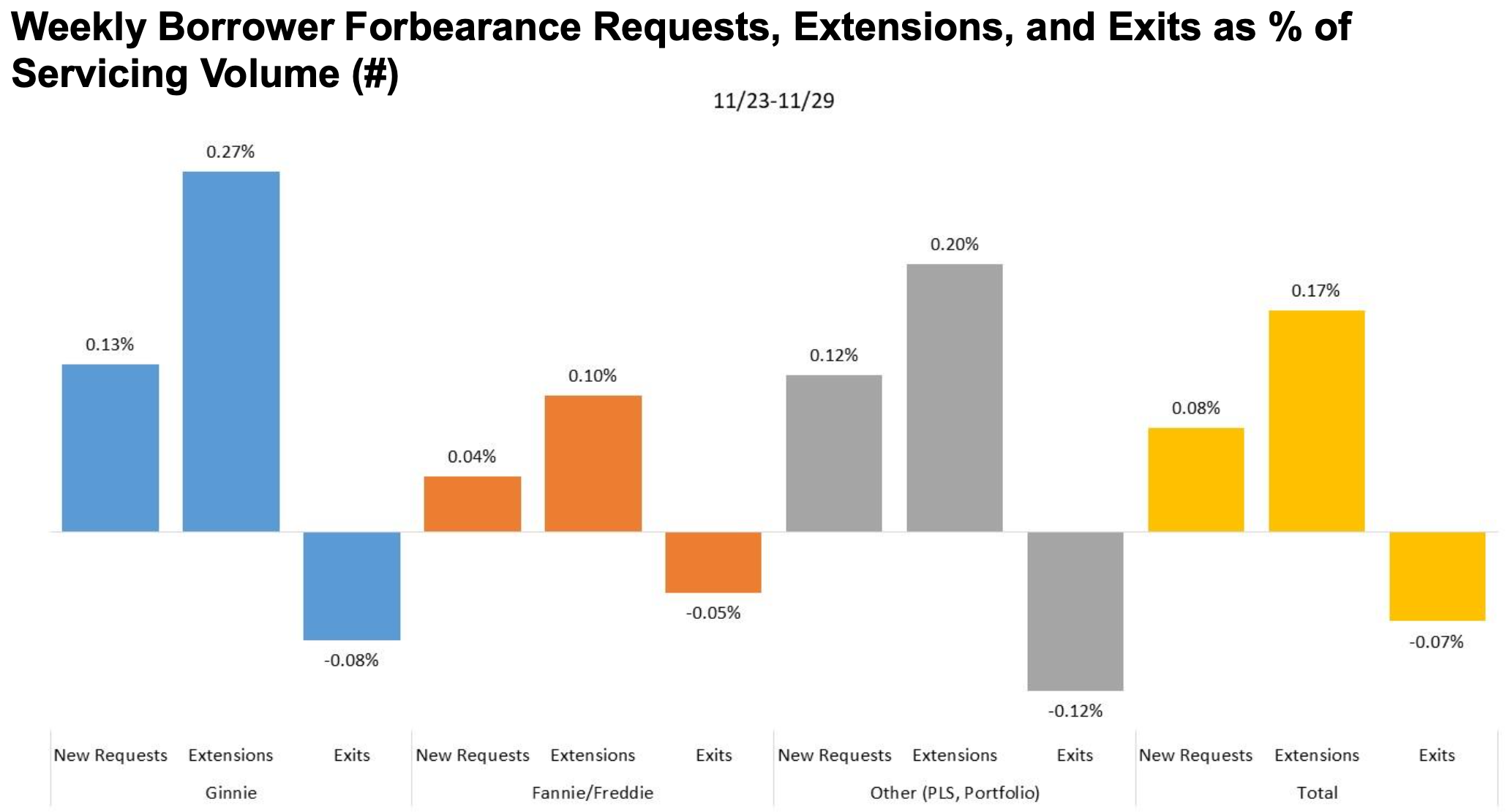 The number of forbearance requests as a percent of servicing portfolio volume declined week over week from 0.11 percent the week before to 0.08 percent.

“The job market data for November showed an economic recovery that was slowing in response to the latest surge in COVID-19 cases,” Fratantoni said in a press release. “It is not surprising to see the rate of forbearance exits slow, as households that needed forbearance assistance in October may be in even greater need now.”