The total number of mortgage loans in forbearance dropped 3 basis points from 5.23 percent of servicers’ portfolio volume the week before to 5.20 percent during the week ending Feb. 28, 2021, according to the Mortgage Bankers Association’s (MBA) most recent Forbearance and Call Volume Survey.

There are now approximately 2.6 million homeowners enrolled in forbearance plans, according to the MBA’s estimates.

Loans in forbearance for portfolio loans and private-label securities (PLS) were the only group of loans that increased in size, by 2 basis points to 9.05 percent.

Mike Fratantoni, MBA’s senior vice president and chief economist, noted that forbearance numbers — while they’ve generally been declining for months — stand to be impacted at an even greater level in upcoming months as the economy continues to see improvement and many homeowners come up on their 1-year anniversary of being in forbearance.

“The improving economy, the soon-to-be passed stimulus package, and the many homeowners in forbearance reaching the 12-month mark of their plan could all influence the overall forbearance share in the coming months,” he added. 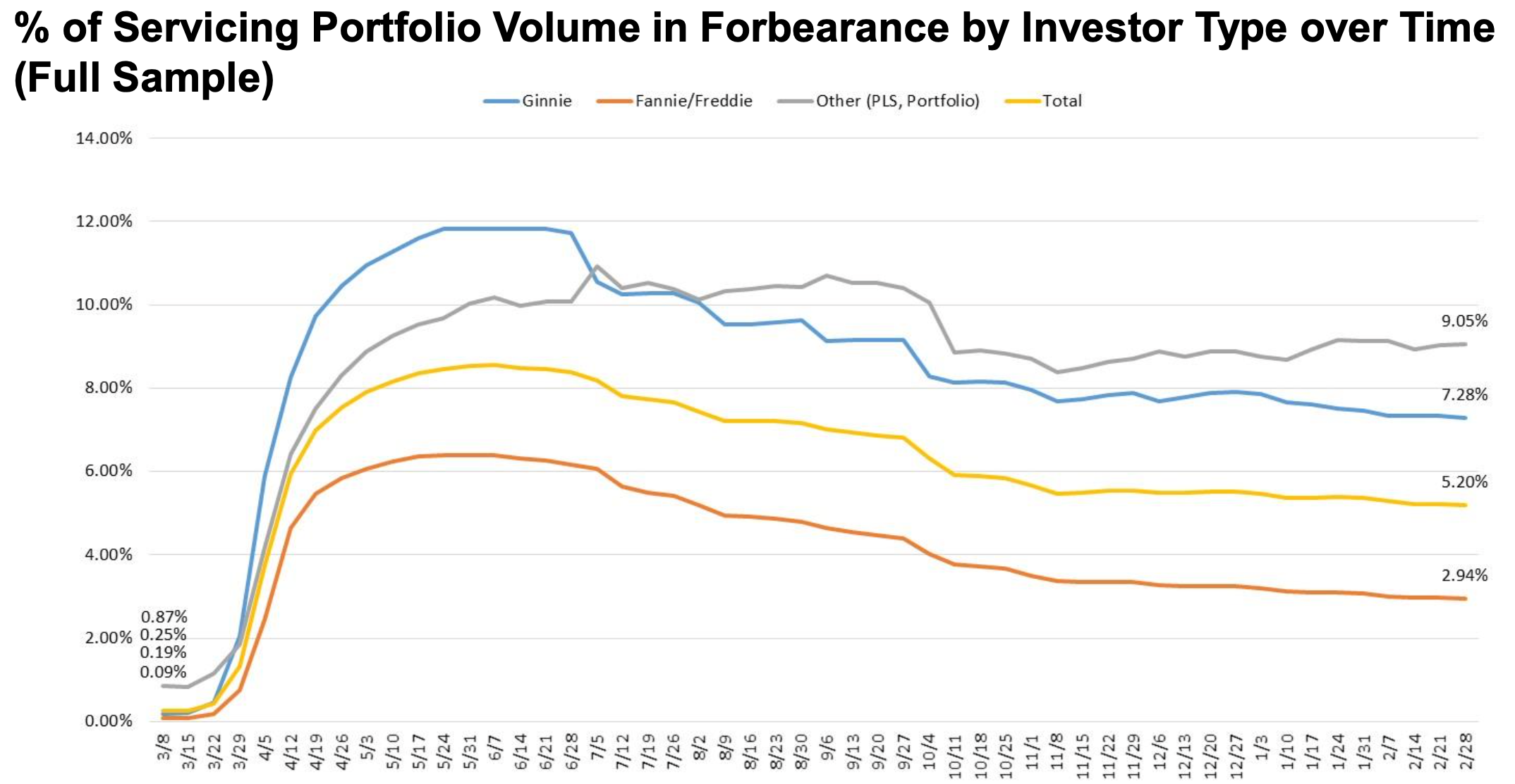 What is driving growth in the E&S insurance market?

Understanding cargo coverage: What brokers should expect for the transportation and logistics market