Upward pressure on rates still expected in the long term.

The Biden administration’s push for $2 trillion in spending on infrastructure to stimulate the economy hasn’t sent mortgage rates soaring — yet.

Yields on the 10-year note have climbed sharply this year, from under 1 percent to a high of 1.76 percent, in anticipation of strong post-pandemic growth and perhaps even inflation. But the 10-year Treasury yield retreated this morning, falling below 1.7 percent.

The Biden administration proposes to pay for its infrastructure plan by raising taxes, but it remains to be seen whether Congress will go along with tax increases or the plan itself.

Real estate industry leaders have largely been supportive of the plan, which would invest $213 billion to build, maintain and retrofit more than 2 million affordable and energy efficient and electrified housing units, and provide $20 billion in tax credits for building and rehabbing more than 500,000 homes for low- and middle-income homebuyers.

Mortgage rates are still expected to rise in the long run

“In general, as the economy continues to thaw from its pandemic-induced freeze and government spending increases, upward pressure on mortgage rates should remain,” Speakman said in a statement. “A key test of the economy’s recovery efforts will come from the March job figures which are due to be released Friday. A strong report would reinforce the notion that the economy is primed for strong growth in the months to come and would likely result in more upward rate movements.”

A recent CNBC poll of more than 100 financial experts found more than 60 percent of them think the 10-year is headed above 2 percent by the end of this year.

Many economic forecasters expect mortgage rates will follow, although their predictions are all over the map, Windermere Chief Economist Matthew Gardner noted in a recent Inman column.

Gardner expects rates on 30-year fixed-rate loans to hit 3.6 percent by the fourth quarter of 2021, and surpass 4 percent in early to mid 2022. But, as Gardner notes, most forecasters see rates rising more gradually. 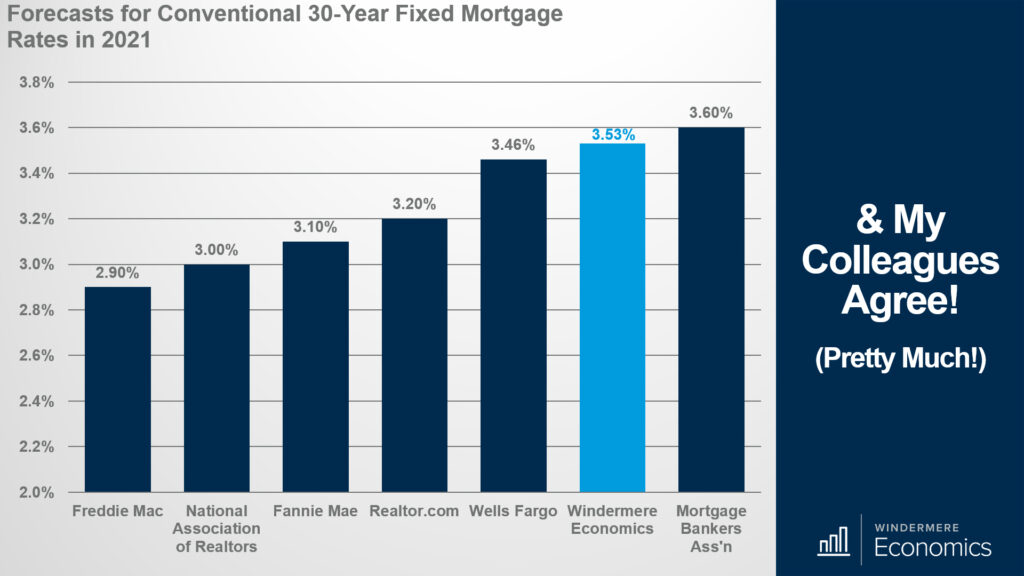 April 01 renewals “more of the same” – Willis Re

Roostify Offers Intelligent Doc Processing To Any Lender Via API

What The US Climate-Risk Review Means For FHA, VA Loans And More

Roostify Offers Intelligent Doc Processing To Any Lender Via API