The vast majority of homesellers, particularly those in younger generations, would likely consider selling to a real estate company that buys homes directly from private sellers online, known as an iBuyer.

That’s according to a survey from iBuyer Opendoor, which collected data via web-based survey firm Qualtrics from 1,290 people — 660 buyers and 630 sellers — nationwide who are planning to buy or sell a home in the next 12 months. The survey period was from November 30, 2020, to December 11, 2020.

“The COVID-19 pandemic is still affecting when, where, why, what and even how people are buying homes,” said Brandi Luedeman, Opendoor’s head of user research and consumer insights, in the report.

“As with many aspects of daily life, more of the home buying and selling processes have gone digital, and we anticipate that 2021 will bring even greater adoption of modern real estate experiences.”

When it comes to buying, 75 percent of buyer respondents said they would be likely to consider purchasing a home using an online or app service. Majorities in each age group said they’d consider it, though millennials were more amenable than boomers. 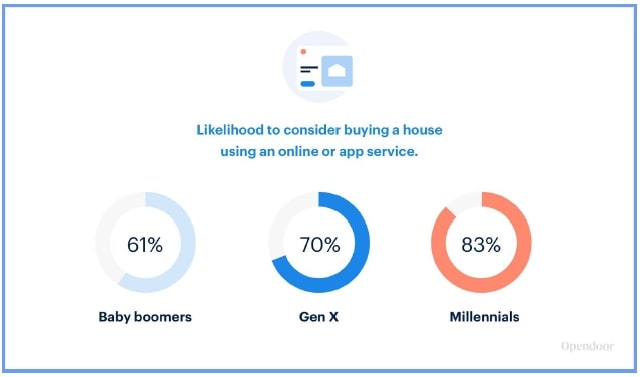 “The most appealing aspect of digital tools? All age groups agree: saving money,” Luedeman said. “Many also find it very appealing to manage the whole process digitally and on their own schedule without pressure.”

While boomer buyers were less likely to consider buying through an app, they appear to have fallen hard for virtual tours. Boomers were most likely to still want the option to tour a home virtually even after the risk of contracting COVID-19 has passed. 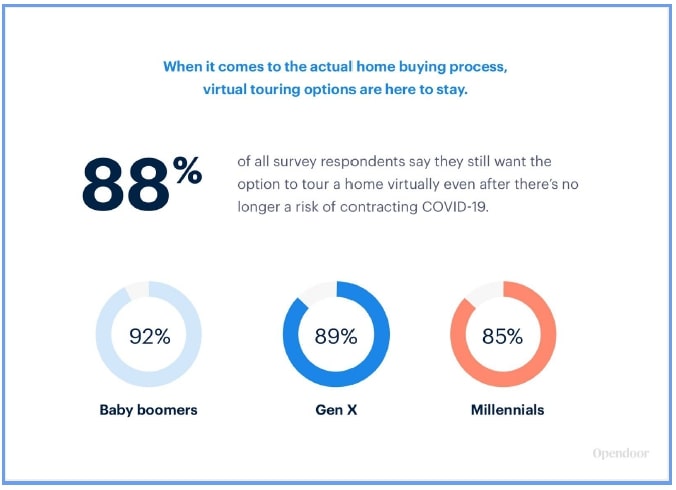 “Baby boomers may be perceived as being less interested in using technology compared to millennials, but, in this case, our data says otherwise,” Luedeman said. “Our hypothesis is that the added convenience of seeing more aspects of a home without having to leave your couch is worth any perceived technological hassle.”

Nearly a third of buyer respondents (30 percent) indicated that they believe the pandemic will “significantly” impact their homebuying process, with 32 percent saying the pandemic has influenced where they want to live and 26 percent saying the timing of the COVID-19 vaccine will impact their moving timeline, the report said. Baby boomers favored the suburbs, millennials big cities and Gen Xers were split between the two. 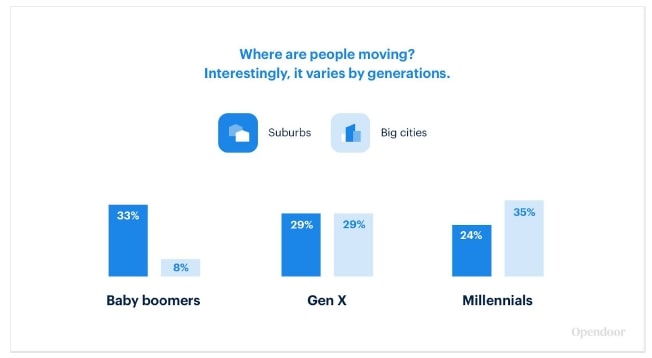 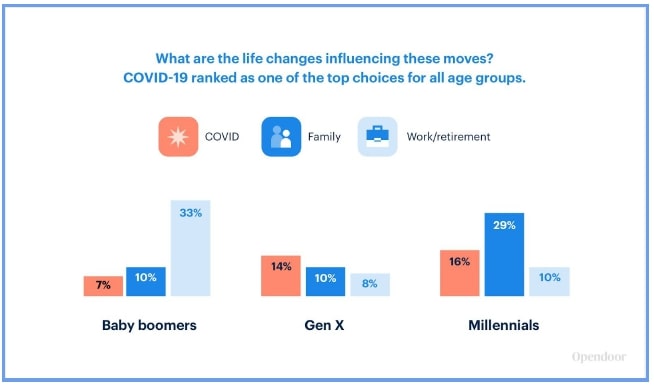 Still, with skyrocketing home prices, the ability to buy depends on having the financial means. Majorities of all age groups said they still needed to save for a down payment. Nearly all millennials (93 percent) said they needed to save, while 82 percent of Gen Xers did and 54 percent of boomers did.

By admin
3 mins ago