The transaction closed on Nov. 30. The companies declined to disclose financial terms of the deal. Huntington Beach, California-based W+R Studios will be incorporated into Lone Wolf and the companies and their respective products and services will be integrated, Lone Wolf spokesperson Nicholas Gaede told Inman via email.

“Many factors attracted us to W+R Studios, everything from their people to their products and the vision they have for the real estate industry,” he said.

“We’re very much on the same page when it comes to the future of real estate, as we’re both committed to providing end-to-end solutions for agents and brokers, and ensuring they stay at the center of the transaction.”

Greg Robertson, co-founder of W+R Studios and author of the Vendor Alley blog, told Inman in a phone interview he considered writing a “snarky” blog post noting the similarity of the product names at the time.

Robertson and co-founder Dan Woolley started the company in 2008 with $2,500, according to Robertson. As the owners of a profitable, successful business, they’ve gotten a lot of inquiries about selling, but they’ve also had the luxury of being “picky,” Robertson said.

“We looked at the company and we saw that there were a lot of ways we fit together,” he said. “It was just a matter of coming up with the right numbers and then going for it,”

Robertson declined to disclose the purchase price, but said, “It wasn’t $250 million, I’ll tell you that much.”

“Dan and I and the rest of the team are absolutely excited to join them and continue on and keep making a difference in real estate,” Robertson said.

“There’s so much change going on,” he added. “We’re a small company. When you see all the consolidation going on and all the big numbers being thrown around, Dan and I would like to continue to work in this business. It’s our life’s work.

“We felt that if we wanted to accomplish everything that we’re ambitious about, we needed to join forces with somebody that had the resources to be able to compete. As a self-funded company, it’s very difficult to do that in this kind of environment.”

Robertson envisions a “soup-to-nuts solution” that will follow an agent’s workflow from a listing presentation all the way to closing.

“On a high level it’s about really virtualizing the entire transaction,” Robertson said.

“Lone Wolf [is] empowering with their products like 75 percent of transactions in North America,” he added. “We can take those kinds of goals and immediately hit scale. So it just made a lot of sense.” 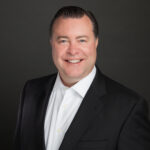 In a statement, Jimmy Kelly, CEO of Lone Wolf, said the coronavirus pandemic had forced the real estate industry to re-evaluate how it serves consumers and had driven the accelerated adoption of technology.

“It’s now more important than ever for agents to provide a superior digital experience to their clients and for brokers to give them the tools they need to do so,” he said. “That’s why we’re so excited to add W+R Studios to the Lone Wolf family. Together, we’ll form an unprecedented suite of digital technology for the real estate industry and ensure that agents — as well as their brokerages, MLSs, and associations — remain the cornerstone of all real estate transactions in North America.”

Now that the acquisition has closed, Lone Wolf will soon make Cloud CMA available through its Transactions transaction management platform and its Lone Wolf Marketplace, which the company said offers “integrated tools, services, and solutions that encompass the entire buyer and seller journey, in the Agent Cloud, Broker Cloud, and Association Cloud suites.” 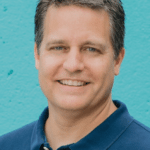 In a statement, Woolley said, “As part of a larger team with additional resources, we will be able to bring our overall vision to simplify the lives of agents, who, now more than ever, need the right tools as they begin to compete with a myriad of new business models.”

W+R Studios was attracted to Lone Wolf’s agent and broker focus — the company is not in the business of replacing or disrupting agents, according to Robertson.

“They’re making a big bet on agents and brokers and so are we,” he said. “We could fill some holes there. We both have good sales channels through associations and MLSs. But they also fill holes that we really have which is we don’t have really strong broker penetration … where they have a very strong penetration in the broker channel because of their Lone Wolf product.”

“Maybe there’s some bundling that can be done there,” Robertson said. “As we see opportunities to merge and consolidate departments and processes, we’ll do that, but as of right now it’s just business as usual.”

Robertson said that as part of the deal he will continue to be able to publish his blog, produce podcasts and write books.

Among Renters, Demand For Short-Term Leases Soar Amid Pandemic