Leonardo DiCaprio has proven to be the ultimate mama’s boy. The iconic actor from “Titanic” and “Wolf of Wall Street” just shelled out $7.1 million to buy a Los Feliz mansion for his mother.

The Spanish Colonial-style mansion that 46-year-old DiCaprio bought for his mother, Irmelin Indenbirken, had belonged to “Modern Family” actor Jesse Tyler Ferguson and his husband, Justin Mikita — they, too, have scored a major deal since they had paid only $4.5 million for it in 2013. Brett Lawyer of Hilton and Hyland represented DiCaprio while the listing was held by Compass’s Jennifer Akbari.

Surrounded by a gate and lush vegetation, 2566 Aberdeen Avenue is a 5,000-square-foot house with four bedrooms and four bathrooms. Distinguishing features include a grand entryway, stained-glass windows, balconies both inside and outside the house and 25-foot ceilings while the outside has a pool, a detached meditation room, an observation deck overlooking Griffith Park Observatory and a winding driveway leading to a three-car garage.

“Featured in Architectural Digest, this trophy 1920’s Spanish [Colonial Revival] has been expertly renovated, upgraded and maintained to provide custom modern finishes while keeping true to the original details and character,” reads the listing description. 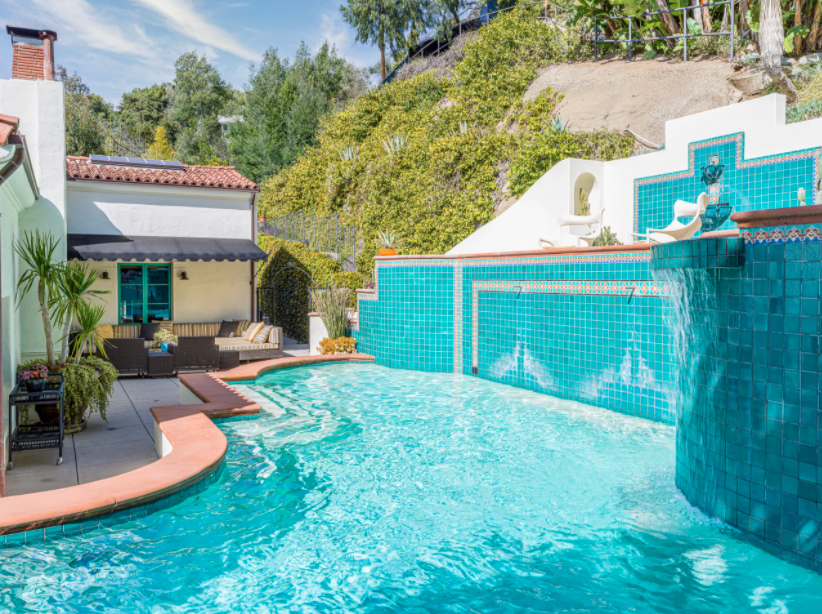 Still seared into the memories of many as the angel-faced teen idol of the 1990s, DiCaprio saw his fame skyrocket after playing Jack Dawson in the 1997 historical blockbuster “Titanic.” He has since appeared in countless award-winning films and, after six nominations and years of waiting, finally received an Oscar in 2016 for his acting in the survivalist epic “The Revenant.” Famously close to his mother, DiCaprio is frequently photographed with Indenbirken at various runways, premieres and other Hollywood events.

Worth an estimated $260 million, DiCaprio is also a major real estate fan and owns apartments in New York, an island in Belize and numerous properties throughout Los Angeles and the rest of California — a compound in the Hollywood Hills, a beachhouse in Carbon Beach and a 610-square-foot bungalow in Malibu. In 2018, he bought a property a short drive from the current one for his father, George DiCaprio, and stepmom, Peggy Ann Farra, for $4.9 million.

The New Normal: What If The Brokerage Of The Future Isn’t A Brokerage At All?