Two of the largest indie brokerages in the Gulf South are joining forces in a move that’s set to shake up the competitive landscape for real estate brokerages in southern Louisiana and Mississippi.

Latter & Blum is acquiring Gardner Realtors, the company confirmed to Inman Wednesday, which will make the brokerage the second-largest, woman-owned brokerage in the U.S., according to the company.

“We are thrilled to combine forces with Gardner Realtors, a company who has built a trusted brand for decades and upheld its longstanding tradition of excellence in real estate,” Lacey Merrick Conway, president and CEO of Latter & Blum, said in a statement. “Together, with our real estate professionals under one name, we are excited to amplify our mission and live up to our legacy of helping people build lives and enhance communities for many more generations.”

Latter & Blum was the 30th ranked brokerage in transaction sides in 2019, according to the Real Trends 500, and the acquisition, the company says, will boost it into the top 20 of brokerages in the U.S. by transactions. Latter & Blum and its more than 3,000 agents closed more than 14,000 transactions in 2019.

It’s also in the top 50 in total sales volume, according to the Swanepoel Mega 1000.

Gardner Realtors, meanwhile finished 216th on the Real Trends 500 with 3,865 total transaction sides in 2019. The brokerage had 684 agents at the time of the acquisition, giving the combined firm more than 3,700 agents.

Both brokerages are family-owned and operated and have been around for decades serving the Gulf South, after being founded in New Orleans. Latter & Blum’s history stretches back more than a century and Gardner Realtors has been around for nearly 80 years. 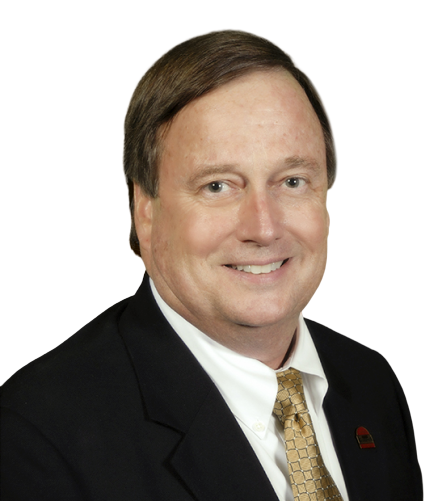 “By joining our people, cultures, shared histories and mutual respect for each other, we are now one unified force of good and independence in our local communities,” Glenn Gardner, president and CEO of Gardner Realtors, said in a statement. “We are the two leading local real estate families coming together to carry out our mission in even greater ways of helping our clients and Realtors build the life they love.”

Together, the two brokerages will create a dominant presence in Southern Louisiana and Mississippi. The only other Louisiana-based brokerage to place in the top 250 of the Real Trends 500 in 2020 was a Lafayette, Louisiana-based Keller Williams franchise office.

Latter & Blum has grown by acquisition and merger in the past, combing forces with Realty Associates in Houston in 2015 to establish a presence in Texas, and acquiring Van Eaton & Romero in 2012.

The acquisition is also the first major move by Conway, since she succeeded her father Bob Merrick, as CEO. Conway, who joined the family company in 2005, took over for her father in January 2020.

The consolidation of the two major indies comes at a time when many indies in the real estate industry are looking to join forces or affiliate with a major brand, due to the current competitive landscape. Gardner Realtors and its will operate under the Latter & Blum branding, moving

Overpriced Listing? How To Persuade Clients To Drop That Number