The acquisition of RE/MAX Integra North America and growth of its AI-app First led RE/MAX to a strong second quarter, according to a Thursday post-earnings call.

RE/MAX is continuing to ride the tailwinds created during the fourth quarter of 2020, according to a second-quarter post-earnings call on Thursday. A landmark franchise acquisition, continued tech innovation and robust mortgage and title services moved the 48-year-old franchisor closer to its goal of making 2021 the best year in its history.

“We posted record financial results in the second quarter. I’m very excited about where we are and where we are headed,” RE/MAX CEO Adam Contos said. “Continued execution on our strategy and the benefits of investments we’ve made in recent years are having an impact.”

During the second quarter, RE/MAX grew its revenue 48 percent to $72.2 million and remained profitable with a net income of $5.2 million. The company also grew its total agent count 6.3 percent to 140,201 agents, with the majority of the growth happening in international markets outside of the United States and Canada.

Contos attributed the majority of the company’s Q2 success to the June acquisition of RE/MAX Integra North America, one of the franchisors’ largest remaining independently-owned regions. The deal included 19,000 agents and 1,100 offices across Canada and the United States.

“With the recently closed acquisition of the RE/MAX Integra North America, we’re driving economies of scale and delivering a consistent high-quality value proposition and our greater size brings more opportunity to create shareholder value,” he said.

Beyond boosting agent count, Contos said the acquisition of RE/MAX Integra North America squarely places RE/MAX on the path to doubling its revenue in 2022 — a goal the CEO set during the company’s Q4 2020 earnings report.

“On our February earnings call, We said we believed we could double the size of our revenue, excluding the marketing funds and profit through executing on previously identified growth opportunities,” he said. “The Integra acquisition was one of those opportunities and gets us roughly 20 to 25 percent of the way toward achieving that goal.” 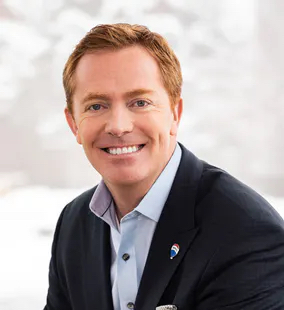 Beyond the acquisition of Integra, RE/MAX President Nick Bailey said the First platform played a significant role in improving agents’ productivity in Q2 and is expected to boost revenue in Q3 and Q4 as they add a new feature for brokers.

“[First] has been a real difference-maker, for example, in terms of transaction size, RE/MAX agents who began using First prior to April 2020 increased their productivity by 9 percent on average, versus the same period in 2019,” he explained. “The First app helps agents grow their business by helping them refine their contact list, predict those most likely to list their home and master strategic follow-up activities.”

Bailey said RE/MAX’s technology team is now building a broker-focused recruiting and retention tool within the First platform, which will be revealed during the franchisor’s annual broker-owner conference during the week of Aug. 8.

“We thought to ourselves, ‘Can we repurpose this powerful software to help our brokers recruit retain highly productive agents?’” he said. “Our team embraced this challenge, and I’m happy to announce the answer to our question is a resounding ‘yes.’”

“We’re excited about this extension of the First capabilities and believe this is a best-in-class, first-to-market product that is truly unique to the industry,” he added. 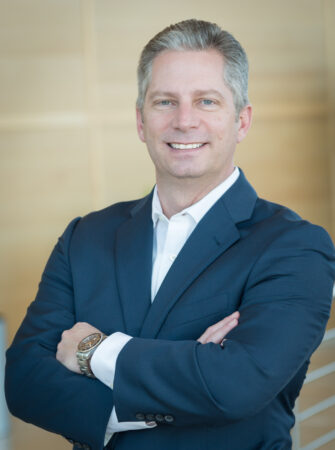 On the title and mortgage front, Motto Mortgage President Ward Morrison said his company continues to benefit from the pandemic-induced mortgage boom. Motto Mortgage’s office count has grown 30 percent from Q2 2021, and the company is on track to have 200 open Motto franchises by year’s end.

“The Motto team does a terrific job of helping our franchisees navigate the licensing process in the multiple steps needed to get their model offices open. We make it as simple as possible,” he said while noting the influence of the wemlo integration. “We continue to get licensed in more states with a goal of being licensed and as many of the 50 states as possible by the end of the year.”

The company ended the call with a bullish outlook on its Q3 and fiscal year 2021 results. During Q3, RE/MAX expects a steady agent count growth of 5 to 6 percent year over year. Thanks to continued housing demand, the company expects to pull in revenues topping $86.5 million with an adjusted EBITDA of $29.5 million to $33 million.

For FY 2021, RE/MAX kept its agent count growth at 5 to 6 percent annually. However, the franchisor boosted the revenue projection it provided during Q1 from a maximum of $310 million to a maximum of $336 million. The adjusted EBITDA reached between $113 million and $118 million, also up from the Q1 projections.

Much like last quarter, RE/MAX’s stock has yet to experience a post-earnings boost (NYSE: RMAX). The company’s stock traded after hours at $34.50 on Wednesday but opened down at $34.04. As of Thursday morning, RE/MAX’s market cap stood just below $650 million.

Judges revealed for Hall of Fame 2021