At Inman Connect, Lindahl and Murphy noted that team leaders need to know who they are and stick to their team’s roadmap to find success in scaling.

Day 2 of Inman Connect is underway with an all-star lineup, including Opendoor’s Eric Wu, Keller Williams’ Wendy Papasan, and many more. Register now to watch the rest of the day today and tomorrow live, and catch up on what you missed on-demand.

For some team leaders, it can be hard to know when the time is right to transition into an expansion team.

“For us, it made a lot of sense to be part of something we controlled,” Kris Lindahl of  Kris Lindahl Real Estate told attendees during a workshop on “How to Scale and Grow an Expansion Team” at Inman Connect.

Lindahl added that once he started talking with other people in business outside of the real estate industry, it became more clear to him that the time was right to grow by scaling. Now, he said, his eponymous brand no longer depends on him to keep the wheels turning.

“I think it’s really important for people to know that this company runs whether I’m there or not,” Lindahl said.

Terrence Murphy Sr. of TM5 Properties, another workshop presenter, said after he was consistently one of the top agents in his market for several years, it felt like the right time to grow. Murphy also said he learned a lot about how to curate an experience when he once rented a commercial property out to Starbucks, and learned how to apply the Starbucks model to his own business expansion.

“I think the biggest thing I tell every real estate agent is, at some point we have to decide when it’s time to become real estate entrepreneurs,” Murphy said. But he also added that the team expansion model isn’t necessarily for everyone. 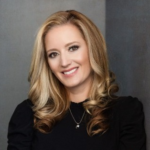 Lindahl and Murphy told moderator Amy Somerville of Moment of Clarity, LLC that team expansion can’t happen without having the right people in the right places — and allowing them to make mistakes and learn from them.

“It starts with having the right people in the right seats,” Lindahl said. Earlier on in the company’s history, Lindahl said they used to create “boxes,” or roles, for individuals within the company based on how that individual operated. Subsequently, the organization realized it was more effective to curate a necessary role in the company and then move someone into that role, adopt it, and shape into it.

Murphy added that scaling requires pushing the boundaries of a team’s business.

Keeping consistency across geographical locations for expansion teams is another challenge, and Murphy and Lindahl both agreed that having a solid roadmap for everyone on the team to follow is crucial. 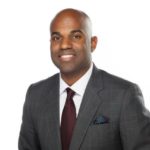 “For us we really focused on our process roadmap,” Murphy said. “We can look at our whole business on one page.”

Lindahl added that following that team roadmap might include letting people go from the team when they’re not the best fit.

You hire, and you let people go based on what you believe in,” Lindahl said. “It doesn’t make them a bad person, it doesn’t mean they can’t be successful …”

Lindahl also urged team leaders thinking about expansion to talk to people outside of the industry, as he has done, to learn and grow in new ways.

“Getting to the next level isn’t about talking to more people in real estate about real estate,” Lindahl said. “Start talking to people in other companies, in other industries that are really far ahead when it comes to technology and consumer experience.”

In closing, Murphy and Lindahl said it’s important for team leaders to know themselves first before looking to grow.

Whistle While You Work: Fulfillment, Happiness Key To How We Work Now