Real estate startup Knock announced Thursday the debut of its latest home buying and selling service in two North Carolina cities, meaning the program is now available in a total of 11 U.S. markets.

In a statement, the company revealed that a program dubbed Home Swap will now be available in both Raleigh and Charlotte, which should give consumers in those cities “confidence to purchase their new home before selling their old one.” Company co-founder and CEO Sean Black added in the statement that “Home Swap allows consumers to unlock the equity in their current house to buy their dream home and move on their terms.”

Knock first launched in 2015 and became known for a service it calls Home Trade-In. Consumers using Home Trade-In would find the home they wanted, then have Knock buy it on their behalf. The company would then get those consumers’ old homes ready to sell, and finally put the homes on the market.

In Thursday’s statement, Knock described Home Swap — which debuted this summer — as a “perfected” version of the home trade-in concept. Among other things, the Home Swap platform includes an integrated mortgage for customers who are both buying and selling homes, as well as an interest-free bridge loan that can be used for mortgage and down payments.

Knock also does as much as $25,000 in repairs on a home that’s heading for the market in an effort to get the best price. The company boasts a network of contractors who actually do the work.

Additionally, Knock actually makes a backup offer that kicks in “in the unlikely event that [a home] doesn’t sell within six months,” according to the statement. However, the statement added that “90 percent of Knock homes sell in 90 days or less.”

Home Swap is available to consumers working with local agents who have been certified through the company.

Knock most recently rolled out Home Swap in the Houston area. With Thursday’s announcement, it is now available in 11 markets including Phoenix, Denver, Atlanta, Orlando and Tampa, Florida, and all the major metro areas of Texas. The company’s statement adds that there are more than 40 brokerages, representing over 27,000 agents, that offer Home Swap. 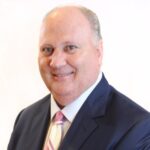 North Carolina-based Eb Moore, CEO of Wilkinson ERA Real Estate and ERA Live Moore, is among the brokers offering Home Swap to his clients. He said in a statement Thursday that amid tight inventory issues, the “Knock Home Swap program in our Charlotte and Raleigh markets will give our agents a compelling tool that will allow them to help their clients win in multiple offer situations.”

“In addition, it will help to ease some of the stress of buying when you have a home to sell,” Moore added, “leading to a better consumer experience overall.”

Generali aims to be top player in asset management