The ‘Home Swap’ provider is aiming to boost headcount by 5X this year, with an eye toward expanding into 100 markets by 2023.

Saying it’s reached a “critical inflection point” as it lays the groundwork to go public and more than quadruple its workforce this year while expanding into new markets, Knock has hired a chief legal officer and promoted a key human resources executive to a newly created role.

Based in New York, Knock partners with real estate brokers and agents to allow homeowners to make non-contingent offers to close on a new home before listing their existing residence.

Knock Home Swap is currently available in 40 markets in 10 states, but the company — which has raised $600 million and hired Goldman Sachs to help it prepare for a public offering this year — plans to be in more than 100 markets by 2023. To accomplish that ambitious goal, Knock said it plans to hire close to 400 workers this year, boosting its headcount from 100 at the beginning of the year to nearly 500 by year-end. 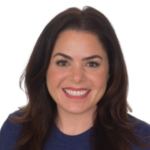 Knock also announced that it has promoted its head of talent and culture, Terra Casey Soloski, to vice president, people. Soloski will be responsible for hiring, culture, diversity and inclusion, employer brand, employee engagement, compensation, benefits and HR compliance.

After spending five years perfecting Knock HomeSnap, “We are at a critical inflection point in our growth that requires us to build out our leadership team,” Knock Co-Founder CEO Sean Black said in a statement. 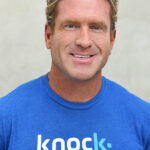 Having served as the general counsel for a technology startup operating in “two highly regulated industries” after helping take another tech company public, Black called Miller “an incredible addition to the team.”

Miller spent three years at Loon, and is credited with building a legal and regulatory framework and working closely with governments worldwide, helping the company bring Internet service to people in remote and rural locations worldwide. Before that, Miller helped Gigamon go public in 2013 as vice president and deputy general counsel. She’s also been the senior intellectual property counsel at Hewlett-Packard, and senior corporate counsel, media and entertainment, at Cisco Systems Inc.

Black noted that Soloski was one of Knock’s first hires, and “has played an integral role in shaping who we are as a company.”
Before joining Knock as its lead recruiter, Soloski was a recruiter at WideOrbit, and managed a consulting practice at Robert Half International.

Earlier this year, Knock hired former Lyft executive Michelle DeBella as its first chief financial officer in January, followed by the February appointment of mortgage industry veteran Laura Gray as the company’s head of lending. Airbnb exec Vijaya Kaza has also been elected to serve on Knock’s board of directors.

Knock provides competitively priced mortgages to homebuyers, along with an interest-free bridge loan. Competitors Ribbon and Homeward also work with real estate agents, helping clients make a cash offer by buying a home on their behalf, and then renting it to them until their financing is approved.