The company has seen its agent count outside the U.S. and Canada jump 23.1 percent year over year.

Keller Williams announced Tuesday afternoon that it has seen both its international sales volume and agent count jump significantly over the last year.

In a statement, the company revealed that its agents outside the U.S. and Canada have closed $8.6 billion in sales volume since the beginning of 2021. That represents a 112.9 percent jump compared to the same period last year.

Keller Williams’ international agents generated that volume via 44,702 transactions over the course of 2021, up 69.3 percent year-over-year. In addition, Tuesday’s statement notes that Keller Williams now has more than 14,089 agents outside the U.S. and Canada, up 23.1 percent compared to this time in 2020.

“As agents across our more than 50 worldwide regions continue to expand their market share, they’re funding bigger lives for their families,” Soteroff said in the statement. “And we will continue to underpin their important efforts in service of their clients through our best-in-class training, coaching, services and technology.”

In addition to announcing growth numbers, Keller Williams also revealed in the statement that it is expanding into Suriname, the smallest independent country in South America. Suriname sits on the continent’s northeastern coast and borders Brazil, Guiana and French Guiana. 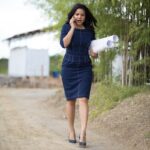 Keller Williams has awarded a master license in Suriname to Chantyn Raghoebarsingh-Ramdas, a real estate developer, and operations in the country are “initializing,” according to the statement.

“I’ve worked with many organizations over the years, and the seamlessness of working with KW tells me this is the perfect cultural match,” Raghoebarsingh-Ramdas added in the statement.

Keller Williams currently has a presence in both North and South America, Europe, Africa and Asia. Tuesday’s statement notes that the company is also looking for opportunities to expand in various regions around the world.