The company is getting a new chief financial officer and a new chief people officer as well as a new head of business development.

Keller Williams continued its executive hiring streak Monday when it announced that it had hired two new C-suite leaders, as well as a new head of business development.

In a statement announcing the new hires, Keller Williams co-founder Gary Keller said that “our enduring commitment to amassing the talent to best drive our vision for the future of real estate is clear.”

Immediately prior to joining Keller Williams this month, Foley spent two years as the president of a human resources consulting firm.

Before that, he worked for more than five and a half years as the chief people officer and senior vice president of Raley’s, a grocery store chain in California. He has also had leadership roles at 24 Hour Fitness, and did an earlier 1o-year stint at Raley’s as well. 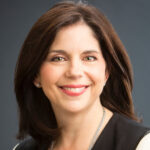 Shirley joins Keller Williams from home products retailer Tuesday Morning, where she was an executive vice president and CFO for nearly five and a half years.

Prior to her time at Tuesday Morning, Shirley held multiple high level leadership positions at retailer Neiman Marcus, where she worked for more than 14 years.

Beginning in the early 1990s, she also worked as a vice president at computer retailer CompUSA. 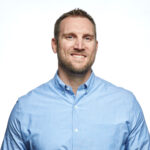 Peace previously worked as the senior vice president of mortgage at financial technology startup Tomo. He also spent more than a decade in leadership positions at USAA, which provides insurance and financial services to members of the U.S. military.

The three new hires are joining Keller Williams less than a month after the company announced several other high-level appointments, including a new chief legal officer. And in October, the company appointed Carl Liebert to serve as its new chief executive officer — a move that subsequently shifted co-founder Gary Keller from CEO of Keller Williams to executive chairman at KWx.

Liebert’s hiring came at the same time that the company announced it was forming KWx, which includes Keller Williams itself as well as Keller Williams Worldwide, Keller Offers, and Keller Home Financial Services.

The shakeups have prompted speculation that the company may hold an initial public offering in the near future.

When asked Monday about potentially going public, a spokesperson told Inman that Keller Williams understands that there is speculation on the subject, but that right now the company “is focused on creating alignment, scale and efficiencies across our Keller Williams ecosystem.”

“And, with the addition of our latest world-class executives, we’re again showing our deep commitment to providing the best agent-driven, integrated consumer experience in real estate,” the spokesperson added. “The formation of KWx gets us there faster.” 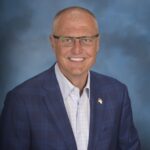 “As we continue forward with our vision to provide a seamless homeownership experience that extends beyond the transaction,” Liebert said in a statement, “I’m confident in the leadership of Mark, Stacie, and Travis — along with the combined strength of our leaders across our KW ecosystem to further fuel our strong culture, innovative technology, and record-setting growth.”