Julia Lashay Israel will work to bring diversity training courses to thousands of Keller Williams agents over the next year.

Keller Williams announced Tuesday that it has hired a long-time agent and coach to spearhead the company’s diversity training efforts.

In a statement, Keller Williams explained that Julia Lashay Israel will serve as the company’s “head of inclusion and belonging” and will lead efforts to reach 10,000 agents with one or more training courses over the next year. The 90-minute courses focus “on how the brain unconsciously produces bias,” and offer an “overview of fair housing policy and on the historic practices that have contributed to the current homeownership gap for diverse groups of the U.S. population.”

Israel said in the statement that it is currently “imperative that real estate professionals increase their knowledge in cultural diversity, equity and inclusion.”

“Choosing to embrace diversity not only allows real estate professionals to grow their businesses, but also improves communities through increased homeownership,” she added.

Israel has worked in real estate for two decades, and according to the statement has coached thousands of other industry members. She also co-founded and owns Refocus University, which the statement describes as “a real estate training firm, focused on career development and diversity.”

In addition to leading Keller Williams diversity efforts, Israel will also serve as the chair of the company’s Social Equity Task Force, which launched last year.

Israel’s appointment comes exactly one year after Minneapolis police killed George Floyd, an unarmed Black man. The incident sparked protests and a national debate — including in the real estate industry — about race and equality. 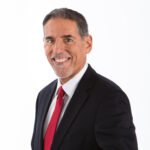 Mark Foley, Keller Williams’ chief people officer, said in the statement that Israel is a “longtime agent” who “has a passion for raising awareness around diversity, equity and inclusion.”

“We are committed to creating an environment where team members and associates of all backgrounds feel welcome and included,” Foley added, “thrive as unique individuals, and see themselves represented across our organization.”

Glenn Kelman Shares 14 Reasons The Market Is So ‘Bizarre’ Now

Digital Closing Platform Snapdocs Valued At More Than $1.5B